Vinnie Paul’s Estate To Auction His Personal And Private Keepsakes

Backstage Auctions is housing the Vinnie Paul Estate Auction! You’ll have a chance to bid on nearly 700 items from collectibles, mementos, and personal items! 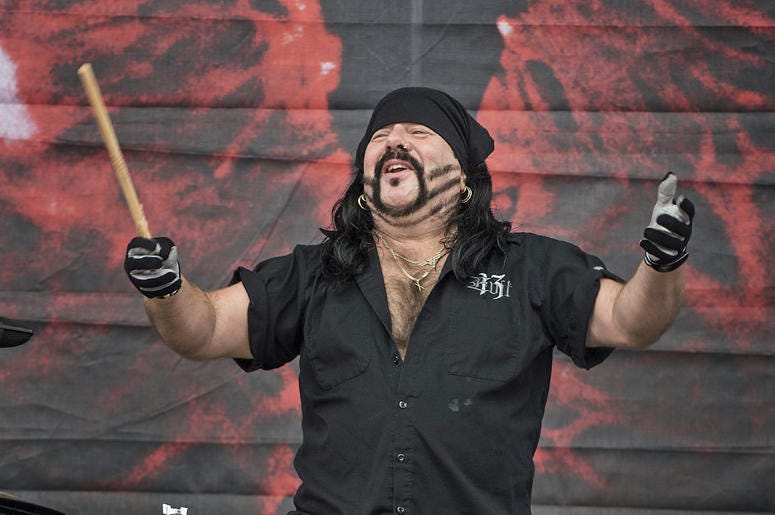 Paul, the late Pantera, Hellyeah and Damageplan drummer is one of the most inspiring metal drummers of all time. He and his brother “Dimebag” Darrell Abbott, created one of the most successful and influential bands in metal history; 20 million albums sold, four Grammy nominations and ‘Far Beyond Driven’ went to #1 on Billboard’s Album chart!

Backstage Auctions founder Jacques Van Gool said, “Vinnie Paul is one of the most prolific and quintessential drummers in metal history. Pantera was — and still is — a torch-bearing giant with an unparalleled footprint in the broad universe of everything hard and heavy, opening the doors for generations of head-banging, axe-wielding and skin-pounding musicians.”

Bidding starts tomorrow, May 26 and closes on June 5.

What’s your most cherished piece of rock n’ roll memorabilia? What’s the most you’ve spent on mementos?