You really shouldn’t be surprised at these poll results. Modern Drummer magazine readers voted Slipknot’s Jay Weinberg the #1 metal drummer of the year. Yea, no shit, Sherlock. The kid’s a beast.

Here’s what Weinberg said on his Insta, “It is truly an honor to be named Metal Drummer of the Year in the 2022 @modern_drummer Reader’s Poll. I distinctly remember being a teenager, buying my first copy of Modern Drummer Magazine at my local drum shop. It’s surreal and humbling to receive this recognition.

“Thank you so much to Modern Drummer, the entire MD community, and everyone who voted. Your support means the world to me.

“Tomas, Brann, Eloy, and Matt: you guys know how much your music means to me. Thank you all for the endless inspiration you’ve given the worldwide drumming community, and for everything you do to push the instrument forward.

“Thank you to my wife @chloweinberg, our dog @hiya___papaya, my parents and siblings, and my bandmates in @slipknot for the love and encouragement. I owe you all a debt of gratitude I can never repay.“To everyone who’s been in my corner all these years, thank you so much. I sincerely appreciate it.” 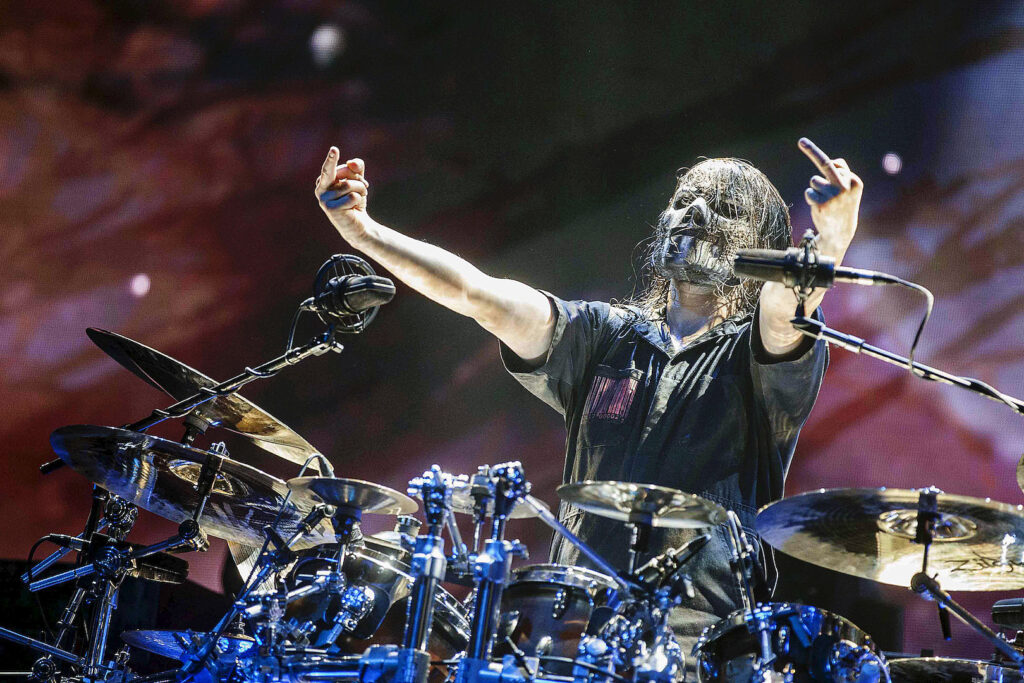 Weinberg was a big fan of Slipknot before joining the band, learning about them through his dad, Max, of Bruce Springsteen’s E Street Band (and band leader on Conan O’Brien’s talk show).

Jay was invited to Los Angeles to try out to replace exiting drummer Joey Jordison in 2013. Prior to that, Weinberg played with Against Me!, from November 2010 until December 2012.

Do you agree with Modern Drummer readers? If not, who is the best metal drummer?