You’re finally getting to see some pictures from the upcoming reboot of Hellraiser, featuring actress Jamie Clayton as Pinhead!

This Hellraiser reboot is the eleventh instalment in the franchise and has new character Riley (Odessa A’zion) finding the ancient puzzle box that summons the Cenobites.

The leader of the Cenobites, Pinhead, is played by Clayton (Sense8) and is the first female version of the character following previous actors Doug Bradley, Stephan Smith Collins and Paul T. Taylor.

An image also shows a new Cenobite called ‘The Masque’ – check out the pictures below.

Director David Bruckner said this isn’t a remake of the 1987 original, “I just didn’t think you could ever remake the original Hellraiser. It’s too much its own thing and it would be, I think, perilous territory for filmmakers, because how do you top that? This is a new story in the Hellraiser universe.”

“There will be suffering, but you’re going to get a sense of what Pinhead’s desires might be in a way that hits a little different.” 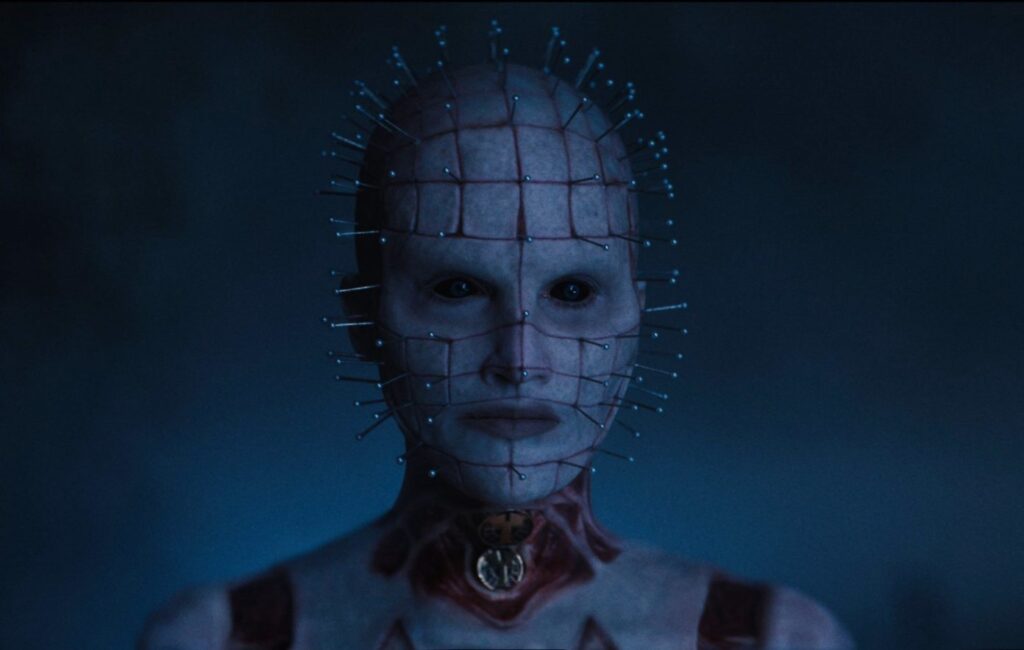 Hellraiser is based on Clive Barker’s 1986 novella The Hellbound Heart. Hellraiser is coming to Hulu on October 7, 2022.

What do you think about this reboot? Are you a fan? Just leave the classics alone already?