Netflix has released the first teaser trailer for the upcoming Chris Rock special Selective Outrage – which is the first of its kind to be streamed live! 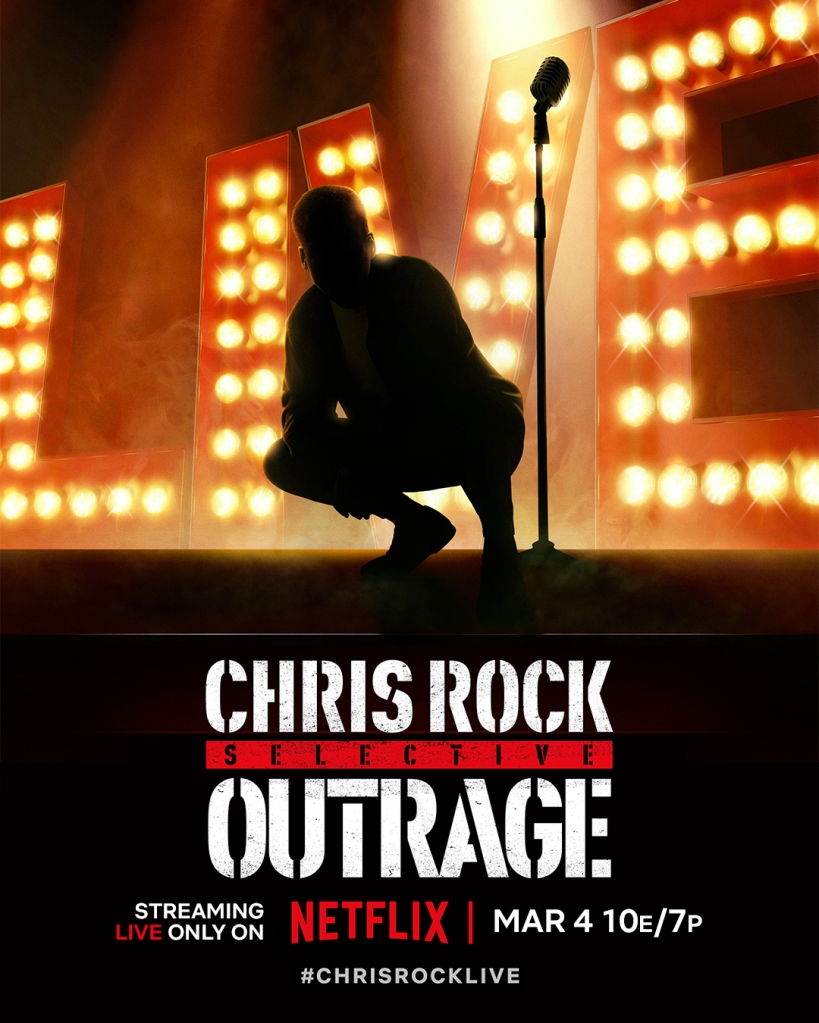 As you can see in the 30-second preview, Chris Rock: Selective Outrage will be streamed live at 7pm PST on Saturday March 4, ’23. No edits. No cuts.

Selective Outrage is Rock’s seventh broadcast comedy special, and his second on Netflix. The first, Tambourine, came out in February ’18. That special was ten years after his HBO special Kill The Messenger – which was released in September ’08.

Netflix’s vice president of stand-up and comedy formats, Robbie Praw, said, “Chris Rock is one of the most iconic and important comedic voices of our generation. We’re thrilled the entire world will be able to experience a live Chris Rock comedy event and be a part of Netflix history. This will be an unforgettable moment and we’re so honored that Chris is carrying this torch.”