Bush singer Gavin Rossdale was recently interviewed by Springfield, Missouri radio station Q102 and talked about his upcoming cooking show. “E.A.T. With Gavin Rossdale” has Rossdale inviting luminaries, celebrities and other members of the public at his house in the Hollywood Hills, where he will cook for his guests.

Talk about a left-field idea… and a good one, at that!

Word is “E.A.T. With Gavin Rossdale” might even have some jamming, depending on the guest, of course. Apparently they’ve already shot episodes with singer Tom Jones and “30 Rock” and “Late Night With Conan O’Brien” star Jack McBrayer.

Rossdale said, “I’m in the middle of doing a deal to finalize that. That is this interview show where I cook for one person and just chat to them, have a dinner with them and we shoot it. And I shot a couple of episodes as teasers with a couple of people. I mean, it’s been years in the making — it’s not easy, I guess, to make TV — so it’s been a couple of years in the making, and I hope to be there soon.”

He continued, “It’s just an interview show, and food is a great social lubricant. You sit there, eating and drinking and having a laugh and shooting the breeze, and great stuff comes up. So it’s really about doing a show with famous people but yet getting different sides of them — not work stuff and not about a record they have or a book they’ve written. It’s more about them — finding out about people. ‘Cause I’m intrigued about creative people and how closely I resemble them or don’t resemble them, what their process is, how they began, what was inspiring to them, what hurt them or hindered them or who helped them — all those kind of things. Because the more you listen to people, the more interesting they become.” 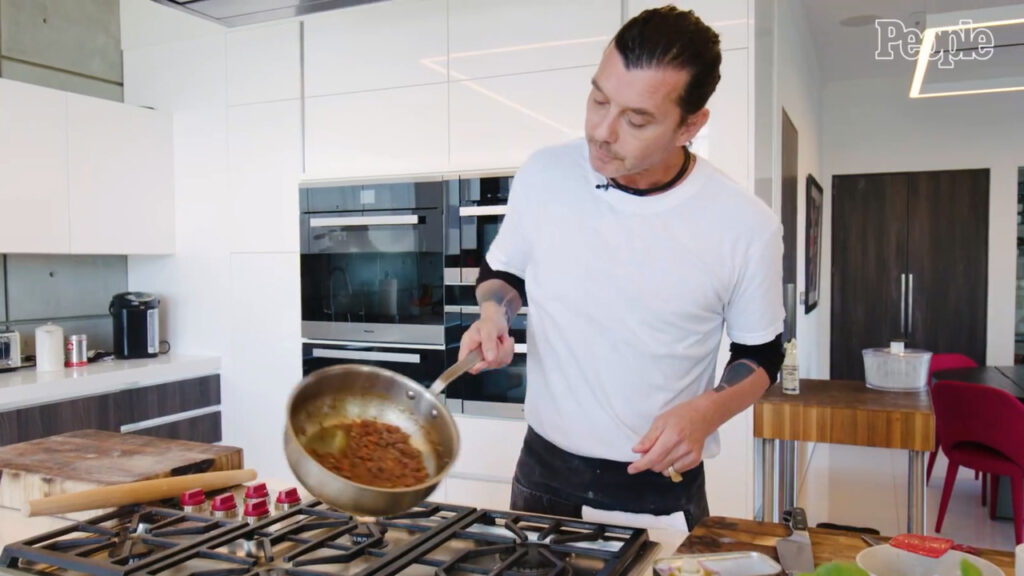 “E.A.T. With Gavin Rossdale” was first announced in February ’22, with Rossdale saying, “Roundtable are the exact partners I’ve been looking for to produce this project. They understand my vision and will help execute a compelling series in which we get to see behind the public persona of people we know and admire for their work. This show is about connecting more deeply with them, hearing their stories, walking in their shoes. It’s hard to be surprised anymore, but the simplest surprises are the human revelations that occur over food and drink.”

Meanwhile, Bush is set to release their ninth full-length album, “The Art Of Survival”, on October 7!