Have you heard of the new band Envy Of None? It’s a new band with Alex Lifeson (RUSH), Andy Curran (Coney Hatch), Alfio Annibalini and singer Maiah Wynne! Their self-titled debut album is being released on April 8th.

Word is Lifeson has been focused on this project for the last couple years and chances are, the band/music will be different than your expectations. Or, at least it was for me.

And when singer Wynne joined the project, that’s when the band felt like it was going somewhere.

Curran says, “I sent over an early version of the song ‘Shadow’. When I played what she’d done back to the others they were like, ‘Who is this crazy talented person?!'”

Lifeson says, “Maiah became my muse. She was able to bring this whole new ethereal thing through her sense of melody on tracks like ‘Liar’ and ‘Look Inside’. After hearing her vocals on ‘Never Said I Love You’, I felt so excited. I’ve never had that kind of inspiration working with another musician. When we say she’s special, it’s because she’s really fucking special.”

Wynne says, “One of my favorite things about these songs is the intimacy of them. It makes them feel different and more honest. There are some heavier songs too, like ‘Enemy’, and then tracks like ‘Kabul Blues’, that sound completely different to anything else.” 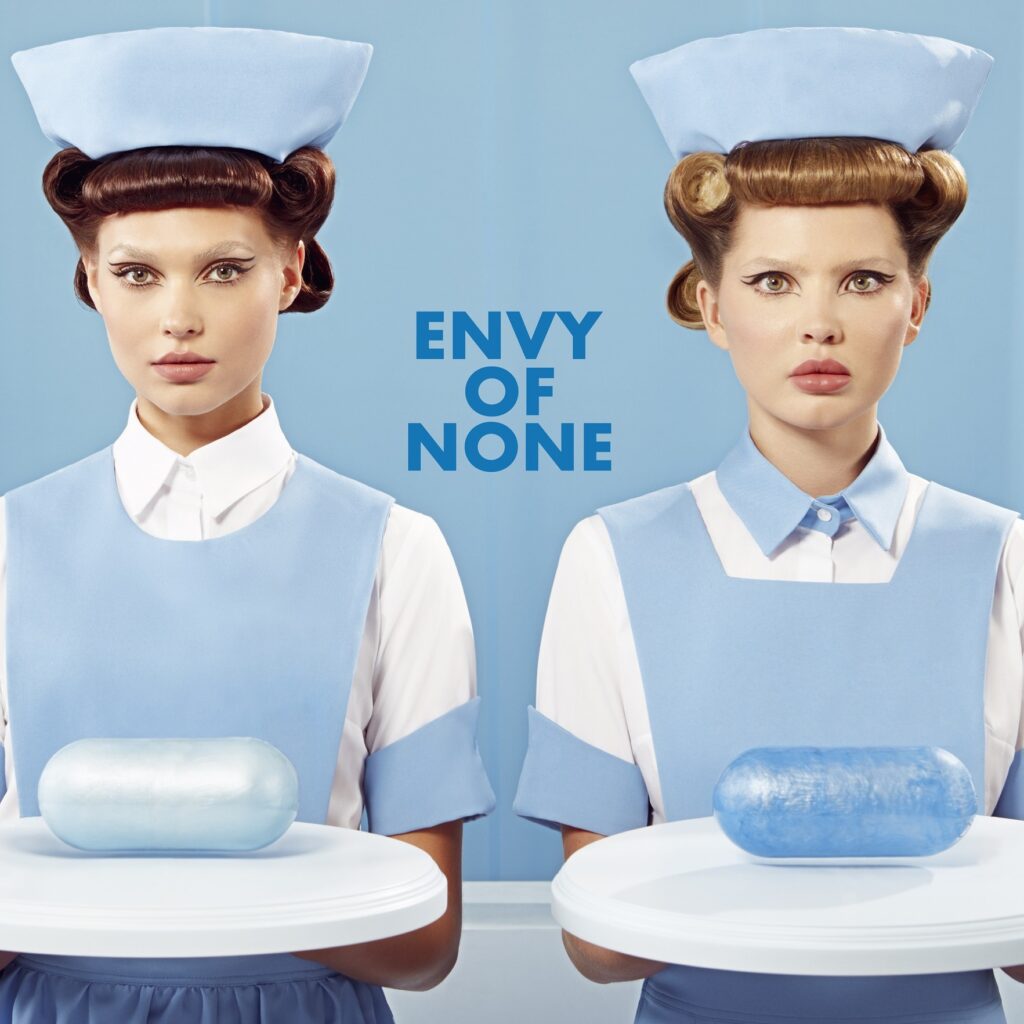 ENVY OF NONE is:

“Envy Of None” track listing:

Great to see Alex Lifeson moving on musically after the death of RUSH drummer Neil Peart. Do you think RUSH singer Geddy Lee will start a new project as well? Doubtful, right? But, who knows. Didn’t see this project coming either.