††† (Crosses), the side-project of Deftones singer Chino Moreno and Far multi-instrumentalist Shaun Lopez, recently did an interview with NME and talked about what you can expect from their new album and upcoming live shows!

††† (Crosses) released their self-titled debut album in 2014 and announced their return in December ’21 by signing a new deal with Warner Records. They also release a couple new songs, “Initiation” and “Protection”.

Lopez told NME, “We couldn’t just put out one song, because there are so many different moods and vibes to what we’ve been working on and we just want to show everything. We want to show our different sides and these two songs are quite different from one another. The thing that ties them together is Chino’s voice.”

Moreno talked about having more than an album ready to release, “I think there’s beyond a record in the can. It’s just about us now picking and choosing when and how to release it. The idea now is just to slowly put out ‘singles’ and little batches of songs over a long period of time, and then at some point to accumulate it into a full-length record.”

Moreno continued, “There are certain sounds that we’re drawn to, and that has quite a lot to do with the music we grew up listening to. Shaun and I have pretty similar tastes. It’s about using all of those influences, but not making something that sounds like it has been made for today or is trying to sound like the past. We’re just taking those influences and running them through us. The moods that we try to create tend to come from quite a stark place. It’s not the most colourful music in the world, but once we tap into it it’s hard to go anywhere else. We just dive deeper into the darkness. We just run with it. It feels organic.”

As for touring plans, Moreno confirmed that’s in the works, “We have some players who we’ve played with before and some other players in mind. This record was pretty much made with all the instrumentation done by just Shaun and myself. We take that and make a live version of it. I’ve seen it with so many bands where their record sounds great and live it’s a rock version of that. That’s definitely not what we want to do. It’s a very fine line of how you bring electronic music into a live format and bring live instrumentation to it, but not making it rock.” 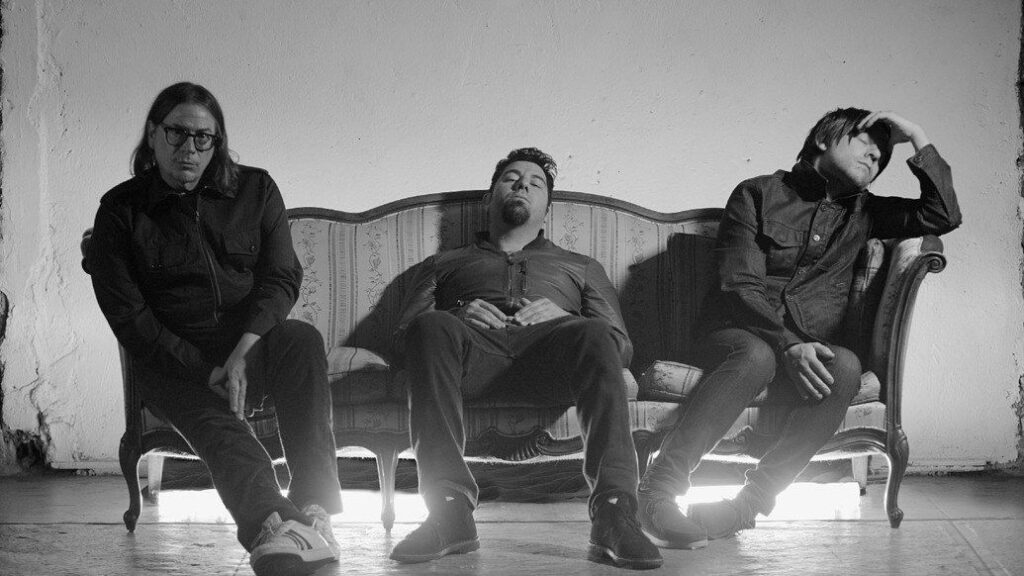 What’s your favourite side-project? Does anything immediately come to mind? ††† (Crosses) has got to be up there!