Video: Billy Idol Gets Star On Hollywood Walk Of Fame

Billy Idol was honoured with the 2,743rd star on the Hollywood Walk Of Fame this past Friday, January 6. His star (the first awarded in ’23) was dedicated at 6201 Hollywood Boulevard in front of Amoeba Music. Idol, who was joined by emcee Lupita Sanchez Cornejo, artist Shepard Fairey and rocker Henry Rollins at the ceremony. 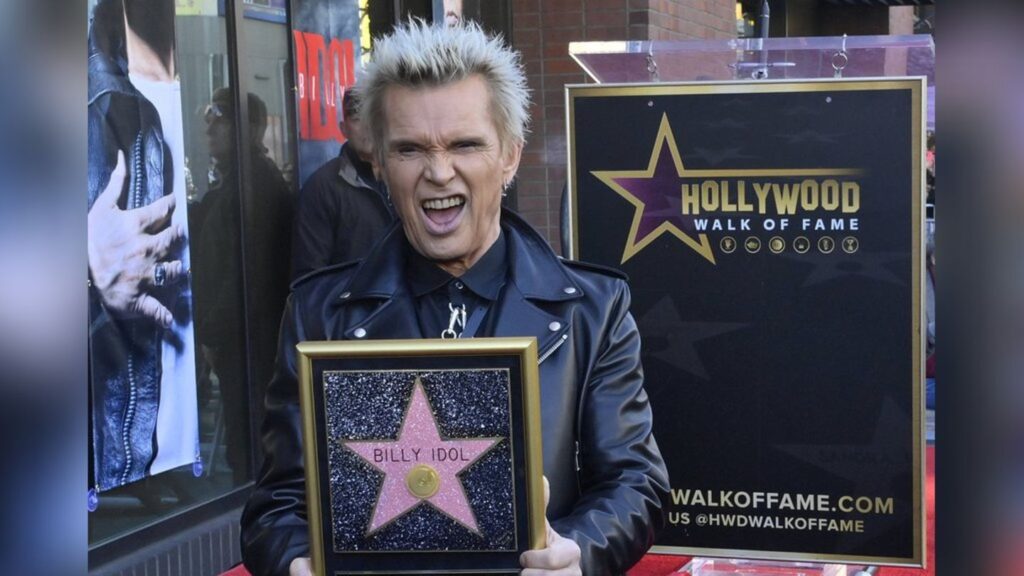 Idol thanked the fans who showed up for the unveiling, “You are the best. Quite simply, I’m here today because of you, because of your love. You supported me all this time. Forty-seven years now I’ve been doing this. It really is crazy to find myself getting an award like this, or being honored in this way. I mean, 47 years of doing this after I started in Generation X, and 35 years after coming here, I just really could never have imagined anything like this.”

Idol added, “Initially we did the music back in the mid-’70s during the punk-rock time. There wasn’t much hope or anything. We decided if there’s nothing, there’s no future, we’re going to do what we love. And that’s what I did. I did the music because I loved it. It wasn’t for any other reason, really. Anyway, I didn’t really think doing this would last very long. We thought maybe six months, maybe a year, maybe two years. I could never have imagined something like this. It’s just incredible.”

As you know, Idol was one of the more recognizable faces in music in the ’80s, selling over 40 million albums, nine top forty singles in the U.S. and 10 in the U.K. including “Dancing With Myself”, “White Wedding”, “Rebel Yell”, “Mony Mony”, “Eyes Without A Face”, “Flesh For Fantasy” and “Cradle Of Love”.

And Billy continues to bang out music with his longtime collaborator (since ’81), Steve Stevens; two eps, “The Roadside” and “The Cage”, were released in 2021 and 2022, respectively.