Some outstanding news if you’re a fan of Rival Sons! One – they’ve shared their new single “Rapture”, which you’ll find on their new full-length album, “Darkfighter”, due out on June 2, 2023.

And two – now the band has also shared details of a companion album called “Lightbringer”, which will be released in late ’23!

Singer Jay Buchanan said, “In comparison to our previous records, we certainly took our time both writing and recording this collection. When we set out, the intention was mostly to dig as deep as possible. Even in the beginning before the body had formed, we agreed to throw the map away and chop our way through the woods to make a new path. Then lockdown hit and it felt like the whole damn country decided to throw the map away too. For myself, 2022 was like an eight-stage rocket of life changing events, so every time I thought I was finished writing, a new bull would come tearing through the clothesline and I’d have to illustrate it in some way. By the end, there were really two different sides to the same story being told. On one side, you’re fighting the darkness and, on the other, you’re bringing your own light to where there is none. One side in a corner, on the ropes, and the other advancing, cleaning the ring. Without an intermission, a refractory period, the collection would be too big a bite, so splitting it in two was the only way to do it.”

Both “Darkfighter” and “Lightbringer” were produced by longtime collaborator and multi-Grammy Award-winner Dave Cobb (Chris Stapleton, Brandi Carlile, John Prine). These are the first new studio albums for Rival Sons since their 2019 album “Feral Roots”, which earned them two Grammy Award nominations. 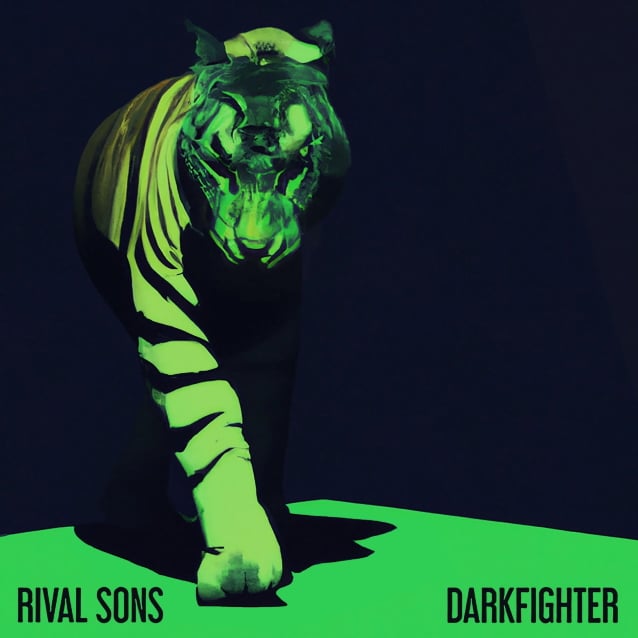 Meanwhile, Rival Sons start up a North American tour with Whiskey Myers next month, kicking things off February 16 in Knoxville, Tennessee. Then they’ll join Greta Van Fleet for a handful of shows in March.

Rival Sons has got-to-be one of today’s best rock bands. You gotta think the new album(s) will earn them more Grammy nominations, right?