Fall Out Boy is back! The band has revealed they’re releasing their eighth studio album, “So Much (For) Stardust”, on March 24! And you can see the official music video for the album’s first single, “Love From The Other Side”, below! 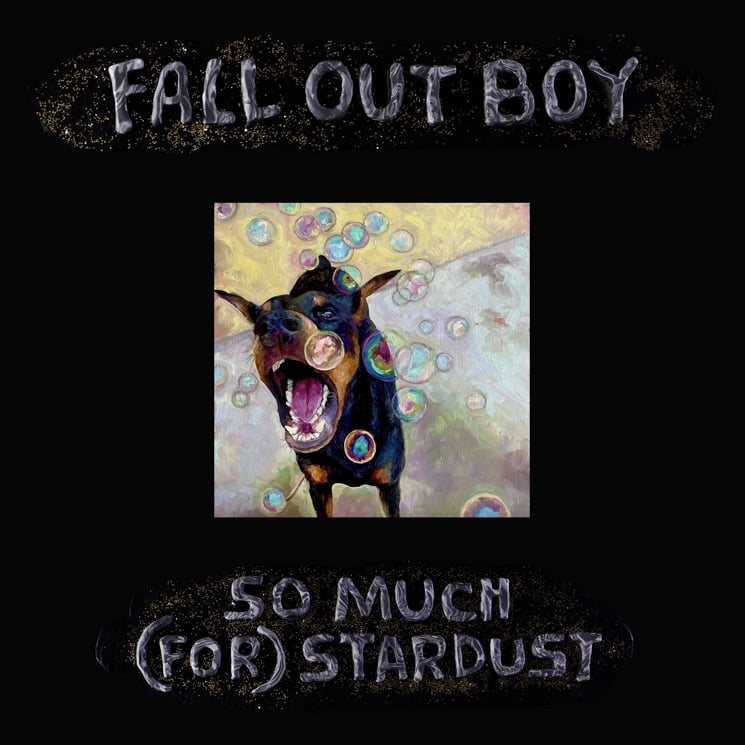 Singer Patrick Stump said, “Technology has made it really easy to make records much more quickly these days. There’s nothing wrong with that, and that spontaneity can be exciting. But we wanted to get back to the way we used to work. We wanted to make a record that was really lovingly crafted and deliberate and patiently guided — like someone cooked you a delicate meal. I’m not a very proud guy, but I’m pretty proud of this record.”

“So Much (For) Stardust” marks a homecoming for the band on multiple fronts; the first of which found the band reuniting with renowned producer Neal Avron, whom they’ve worked with on three previous albums (“From Under The Cork Tree”, “Infinity On High”, “Folie À Deux”). On working with Avron for this record, Stump notes: “Neal not only taught us how to make records, but has a unique capacity to really take time and focus on a record. We thought it was a no-brainer to work with him again, on a record where that was very important to us, and he was gracious enough to agree to work with us.”

Bassist Pete Wentz added, “Our band has been an ongoing art project for twenty years and we know there have been many inception points along that journey. We wanted to create an album that merged those points together — something new, but carved from our foundation. Fueled By Ramenand Elektra seemed like the perfect home for this.”

Fall Out Boy recently (Weds, Jan 18) went on on “Jimmy Kimmel Live!” to perform the broadcast debut of “Love From The Other Side”.

“So Much (For) Stardust” is the band’s first new studio album since 2018’s “Mania”, which earned Fall Out Boy a Grammy nomination for “Best Rock Album” and was their third consecutive and fourth overall #1 album.

Do you think Fall Out Boy will achieve the same level of success they enjoyed in the 2000s? Do you think this new album will also go to #1?