They’re still at it! ZZ Top is heading into the recording studio to start work on their sixteenth studio album! It’s their first since 2012’s “La Futura” and Rick Rubin will produce. Should sound BIG! 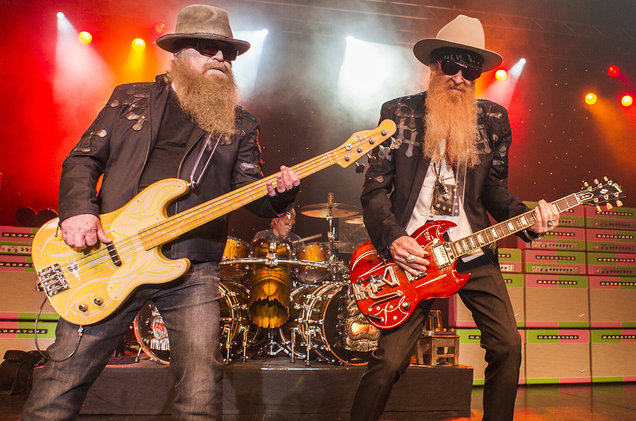 Billy Gibbons told Express.co.uk, “It’s called Foam Box Recordings, where we get to gather and try out a few new things. In fact, I was just on the phone just yesterday with the noted producer Mr. Rick Rubin. Rick’s got a few ideas that he threw into the mix. He’s raring to get us back in the room. He likes to work on the West Coast, so it’s between Texas and California where we dream this stuff up. So it’ll be coming up, probably in the next few months, I hope. It’s a bit premature for a proper announcement, but it’ll be forthcoming, yeah.”

Meanwhile, a documentary covering ZZ Top’s 50 years together, “ZZ Top: That Little Ol’ Band From Texas”, is being released on February 28th!

Gibbons said of the documentary, “I think even our most steadfast fans will find themselves surprised by what they learn about those men behind the beards and cheap sunglasses. There we are, up there on the silver screen and it’s something we’re delighted to share with fans of all stripes.”
Incredible, isn’t it? 50 years as a band?! Amazing run.