Zakk Wylde recently did an interview with 98.9 The Rock radio station (at Rockfest in Kansas City; watch the video below) and talked about reuniting with Ozzy Osaboure for a Summer 2018 Tour (13 years after they first collaborated). 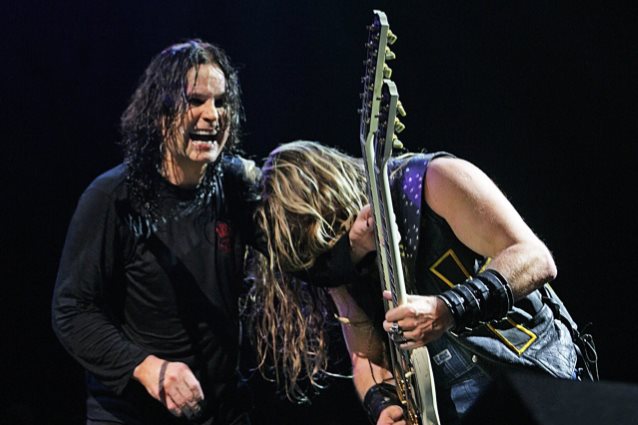 During the interview, Zakk describes how it all went down, “Oz called up. He said at this juncture Gus couldn’t do it. And he said, ‘Who else could get the dishes as clean and the linens as fluffy as they were back in the day?’ So that’s the reason why… It really has nothing to do with the guitar playing. It’s just ’cause Gus couldn’t do it. So they’re, like, ‘Well, we’ll let him play guitar while he’s here anyway doing dishes and linens.'”

It was announced on April 28 that Wylde would be rejoining Ozzy’s backing group for all his upcoming 2017 solo show dates. Osbourne’s touring lineup will also include Rob “Blasko” Nicholson on bass, Tommy Clufetos on drums and Adam Wakeman on keyboards. 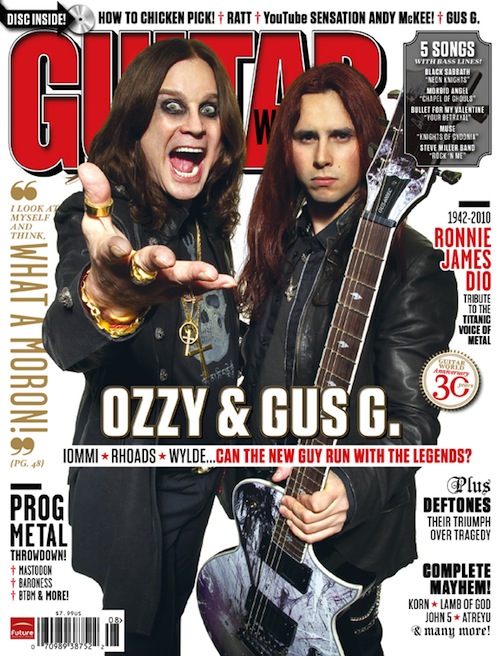 Does this mean guitarist Gus G. is out of the band? Within a couple hours of the tour announcement, he released a statement thanking Ozzy and praising the singer’s decision to rejoin forces with Zakk, “It’s been an honor and a privilege playing by your side since 2009,” Gus wrote on social media. “Nothing but great times and an experience of a lifetime.” He added: “As a fan, it’s great to see Ozzy and Zakk back together. It’s been long overdue.”

Is Zakk back in the band full-time?