Don’t expect this to happen… although Director Zack Snyder would love to see it: Star Wars and DC Comics mashed up. This is pretty cool. 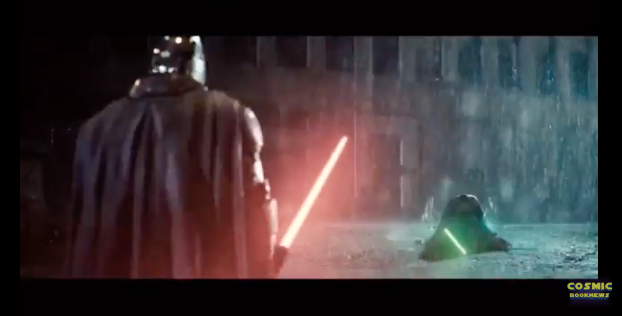 Snyder has done a few DC Comics films, and has shared a mock trailer for this highly unlikely mash-up, called Dark Side Knight v Superjedi: Dawn of the Alliance.

For this trailer – Batman has embraced the dark side and become a Sith Lord. Snyder has turned Superman into a Jedi.

Don’t expect this to become a reality – but it sure is cool to think about.

Snyder is currently working on a new DC Comics film Justice League, due out November 2017, and will be followed up with a sequel in 2019.