You Won’t Believe How Much Kurt Cobain’s ‘Unplugged’ Sweater Sold For At Auction!

What’s the most you’ve spend on rock and roll memorabilia? This is INSANE. The sweater late Nirvana singer Kurt Cobain wore on the Nov.18 ’93 MTV Unplugged In New York sold for $334,000 last weekend! 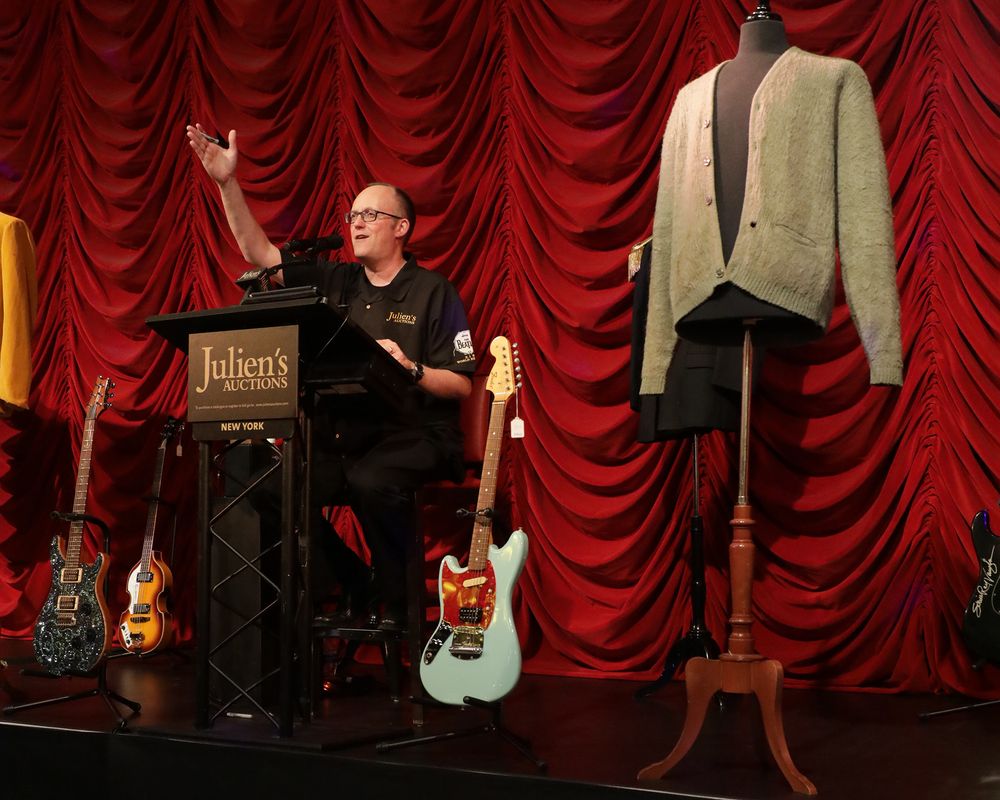 Imagine having that kinda money to throw away. Crazy. Pro race team owner Garrett Kletjian bought the sweater in November 2015 for $137,500 in November 2015. Kletjian recently told Rolling Stone magazine that the “responsibility” of owning the garment was possibly outstripping its bragging rights.

SOLD for $334,000! A vintage cardigan sweater worn by Kurt Cobain during Nirvana’s MTV Unplugged performance in 1993.

Interestingly, when Cobain died in 1994, the sweater was given to Cobain family nanny Jackie Farry by Courtney Love. Later, Farry needed money for cancer treatments, she sold the sweater after she “got in touch with Courtney and [the musical pair’s daughter] Frances [Bean Cobain] to make sure they were cool with it.”

Wonder what the sweater will fetch the next time it’s sold? Ain’t it nuts what people are willing to spend on rock memorabilia?