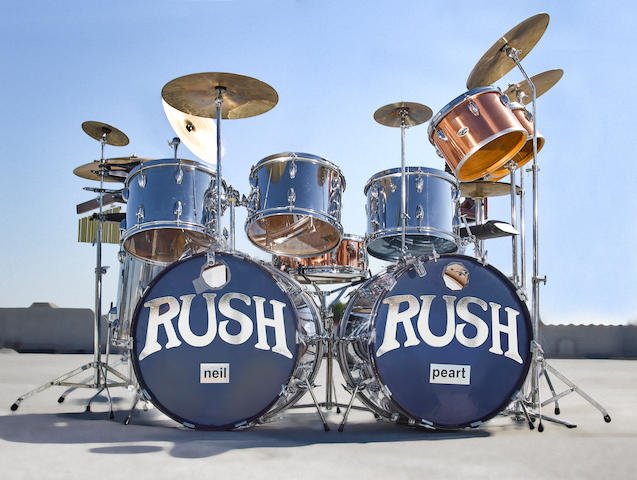 Did you know that Peart wasn’t always Rush’s drummer? John Rutsey was their original drummer. And once Peart joined, they truly started taking off. Eh. They went from a blues-based band to a progressive rock band as we know them today.

Peart joined the band on July 29, 1974 after auditioning a few weeks before before the band’s first U.S. tour. Peart purchased the silver Slingerland drum kit you’re able to bid on and the rest is history. They opened for Uriah Heep and Manfred Mann’s Earth Band on that tour.

Peart would go on to record “Fly By Night”, “Caress Of Steel” and “2112” with this kit. Imagine having enough money to seriously bid on this? Damn. Talk about rock history. Peart used the drum kit on five U.S. and Canadian tours.