With any luck, you’ll hear a new Sevendust album this year! The band took to their Facebook page to let fans know they’ve started working on the follow up to 2020’s “Blood & Stone” album! 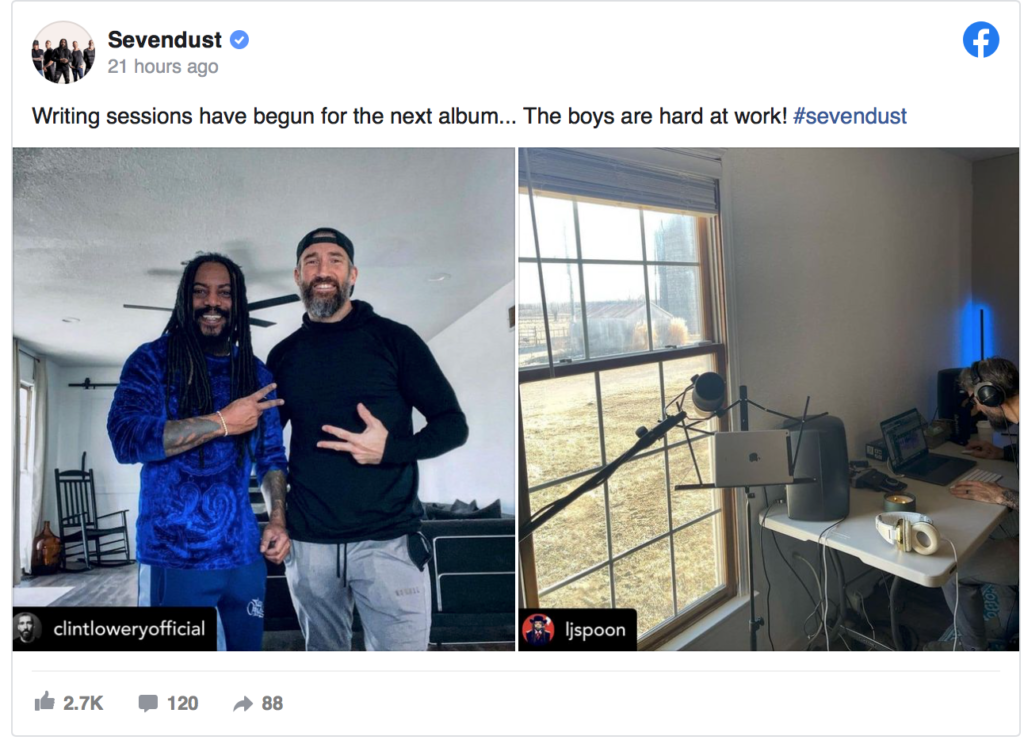 As you can see, the band wrote, “Writing sessions have begun for the next album… The boys are hard at work! #sevendust”.

Singer Lajon Witherspoon talked to Audio Ink Radio about their longevity, “You can’t just call yourself a band just because you’ve got a group of people together. I think it’s a group. I feel like you have to have a band when you’ve gone through a lot of things together, not only the good times, but the bad times. You’ve seen life together. You’ve seen death together with each other. You’ve helped each other. You’ve done all those types of things over the last 25 years, and that’s the reason why I can say I’m very proud to be in Sevendust the band, not Sevendust the group.”

Witherspoon continued, “There are some bands out there — there’s a lot of bands out there — and there are a lot of groups. I think it takes heart. I think it takes compassion. I think it takes some respect. To treat each other equally, like what we’re trying to do in the world today, I feel like that’s something that’s kept us together. It’s not one guy with a Ferrari and another guy with a Hyundai, which those are nice cars, too. I’m just saying in the scheme of things. So, I think that’s something that’s kept us together, too, is that not one guy’s better or feeling better. When we get in a room sometimes, it feels like even though we’re older men, I still feel like we’re those kids that were in the recording room, wondering, how are we going to pay rent for the month? What show are we going to play? And it’s a good feeling to feel happy after all these years.”