Why Slipknot’s Corey Taylor called himself an ‘asshole’

Slipknot singer Corey Taylor called himself an asshole after being called out on Twitter; the ‘fan’ pointed out he was being hypocritical over his no-phones-at-gigs policy. 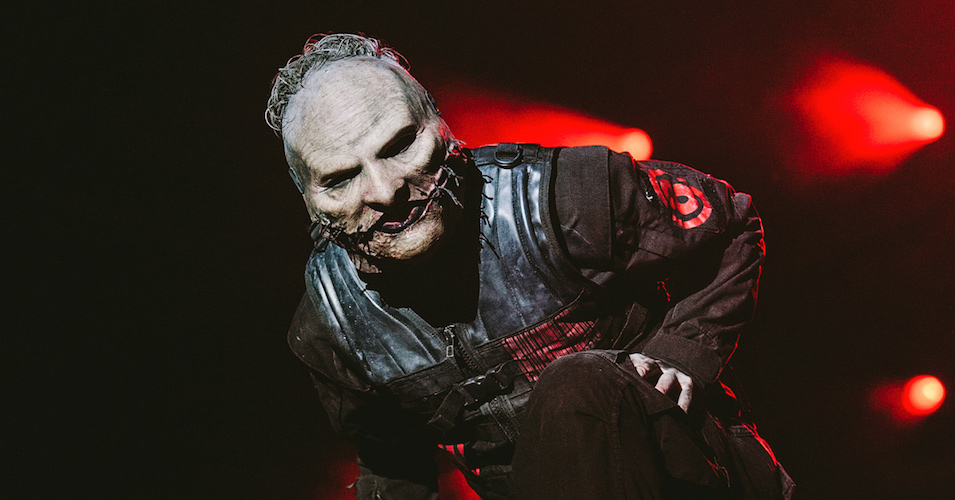 Last July, Taylor caused a buzz after smacking a phone out of a fan’s hands during one of Slipknot’s shows. Corey later defended his actions, saying: “I see someone, and it’s so obvious they’re not even there, you’ve got to poke them with a stick to get their attention sometimes. Sometimes that means smacking the phone out of their hands. You can hate me all you want. It’s not going to stop me from smacking those things out of people’s hands.”

Slipknot recently put out a live video for their song ‘Before I Forget’, filmed completely by fans at their shows. This caused some interesting Twitter comments: 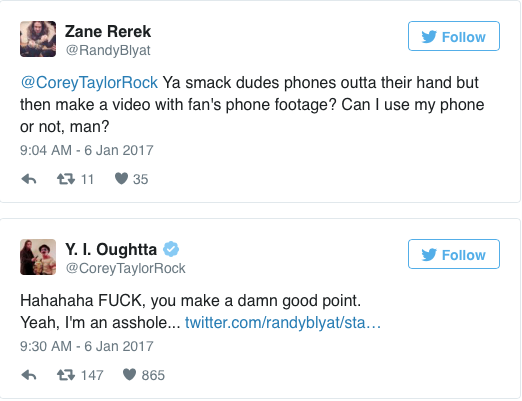