Whitesnake singer David Coverdale was recently a guest of “The Rhino Podcast” and talked about how the band’s “Red, White And Blues” trilogy was originally intended to be released to coincide with his 2020 farewell tour.

Obviously COVID made sure that tour didn’t happen.

Now, Coverdale said, “What could be a better age for the lead singer of Whitesnake [to retire] than 69? I’d even designed really terrible t-shirts to go with it. So the plan was to do literally an appreciation and gratitude [tour] for such an extraordinary support for five decades, and then maybe go into 2021.”

You may remember that earlier this year Coverdale had surgery for bilateral inguinal hernia and Whitesnake was forced to cancel a tour with Sammy Hagar & The Cirle and Night Ranger. Eventually all of the shows were cancelled due to the pandemic. 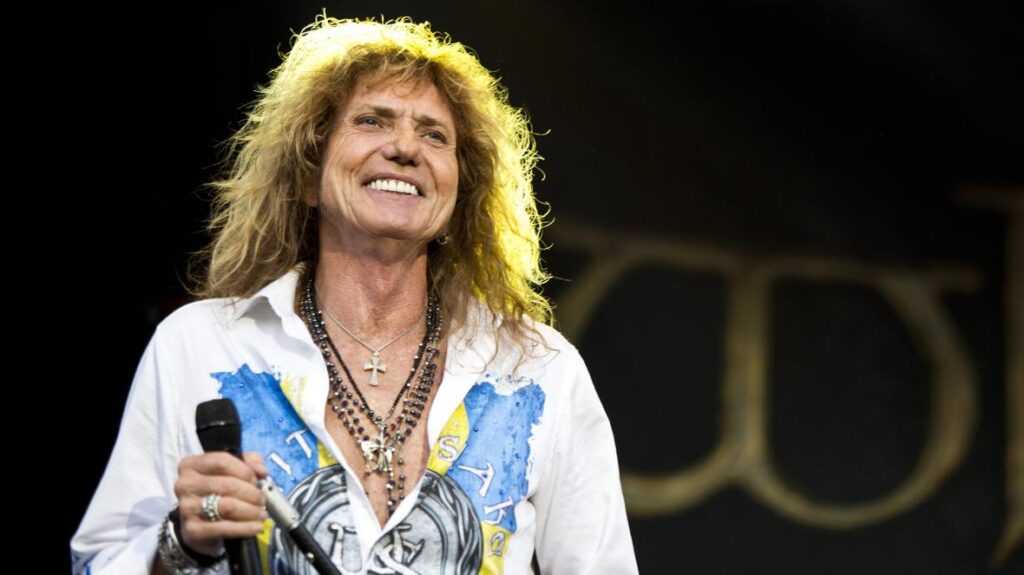 Coverdale said, “My agents now are calling, trying to get me interested in spring, which I think is just literally… I don’t have a crystal ball. I think the earliest we can look at, really — I don’t even know if it will be safe enough for people get in a large group and not have worries or concerns, even late ’21. I think we’re more [looking at] 2022. It’s very likely. It’s affecting every job — not just musicians and people affiliated with the music business. This is affecting everyone.”

Coverdale turned 69 in September and has earned retirement. In 2017, both of his knees have been replaced with titanium. He’s been quoted as saying that he was in so much pain with the arthritis in his knees that it stilted his ability to play concerts.

Good on ya, David, waiting for COVID to take a hike or at least fall in line. Keeping your fans safe and healthy. And thanks for all the great music over the years.