Def Leppard singer Joe Elliott was recently interviewed by Cleveland.com and confirmed that the band is working on its next studio album! 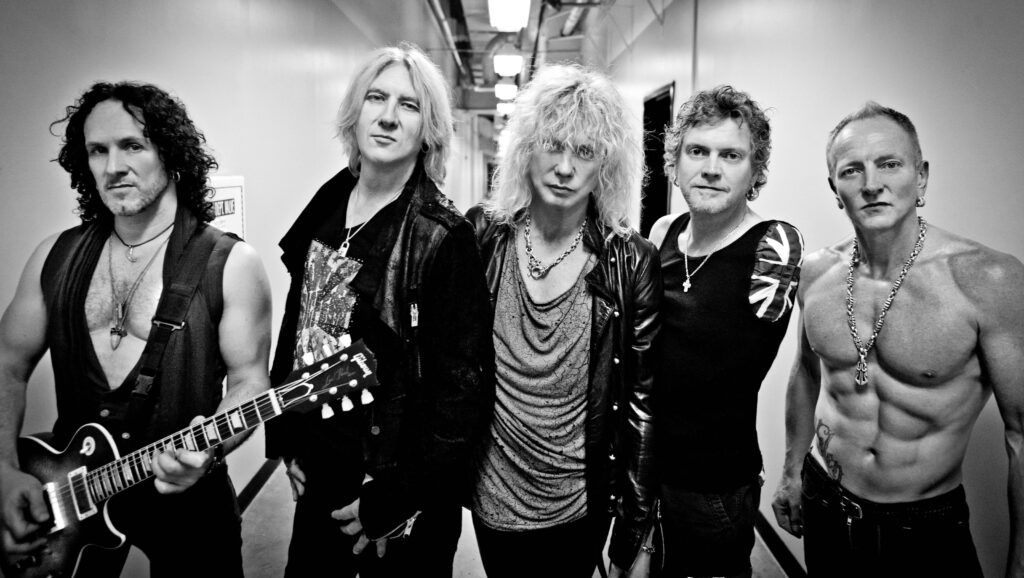 Elliot said the band members have been trading ideas during the pandemic, “Y’know, we’ve always said that what we’ve got to try and achieve before we kick it all in the head or we’re gone is to be bracketed among the greats: Lennon-McCartney, Jagger-Richards, Ray Davies, Pete Townshend. We probably never will, but we’re never gonna stop trying. We’re not interested in trying to be some second division, ‘Oh, that’ll do kind of thing.’ It’s like if somebody fails climbing Mount Everest, if they’re that desperate then they’ll try again next year. That’s how we feel about what we do, so we’re just gonna try our best, again, and keep going for it.”

Elliot talked about why it’s been six years between new albums (2015’s self-titled was their last release), “The industry being what it is, we’re all aware of the fact that there’s an element of the media that can’t let go of the fact that records aren’t that important anymore. And I know that’s a sad thing to say, but it’s a fact of life. Touring is massively important — way more than it was when you went out promoting records when they were important. Especially for legacy bands or whatever you wanna call ’em. Listen, I went to see The Rolling Stones in 1989 in case one of them died. That’s 1989. They haven’t had a death since the 1960s.”

Meanwhile, Def Leppard’s “The Stadium Tour” with Mötley Crüe, Poison and Joan Jett & The Blackhearts has been postponed until 2022 (and a good thing; Vince Neil of the Crüe is not ready to tour).