Ronnie James Dio’s widow and longtime manager Wendy Dio was recently a guest of New Jersey college radio station WSOU and talked about Dio’s upcoming career-spanning documentary (BMG is both financier and executive producer of the film) and autobiography!

Regarding the documentary, Wendy said, “We started working with BMG on that, with these directors that have done quite a lot of things. And I’m quite happy with them. Of course, everything’s on pause now right now [because of the coronavirus pandemic]. But it will go from Ronnie’s childhood all the way through [to the end of his life]. I think they interviewed Jack Black, and I think they interviewed all of Ronnie’s bandmembers and Doug Aldrich and, I think, Jeff Pilson. They were getting ready to go to Arizona to interview Rob Halford and Lita Ford. And then they were going into England to interview Tony Iommi. They already did Geezer[Butler]. So there will be very interesting stories from different people. I found loads of Super 8 old movies and things, so it will be very, very interesting… I think it’ll be a great thing, and it’ll show people a lot of things that people have never seen before.” 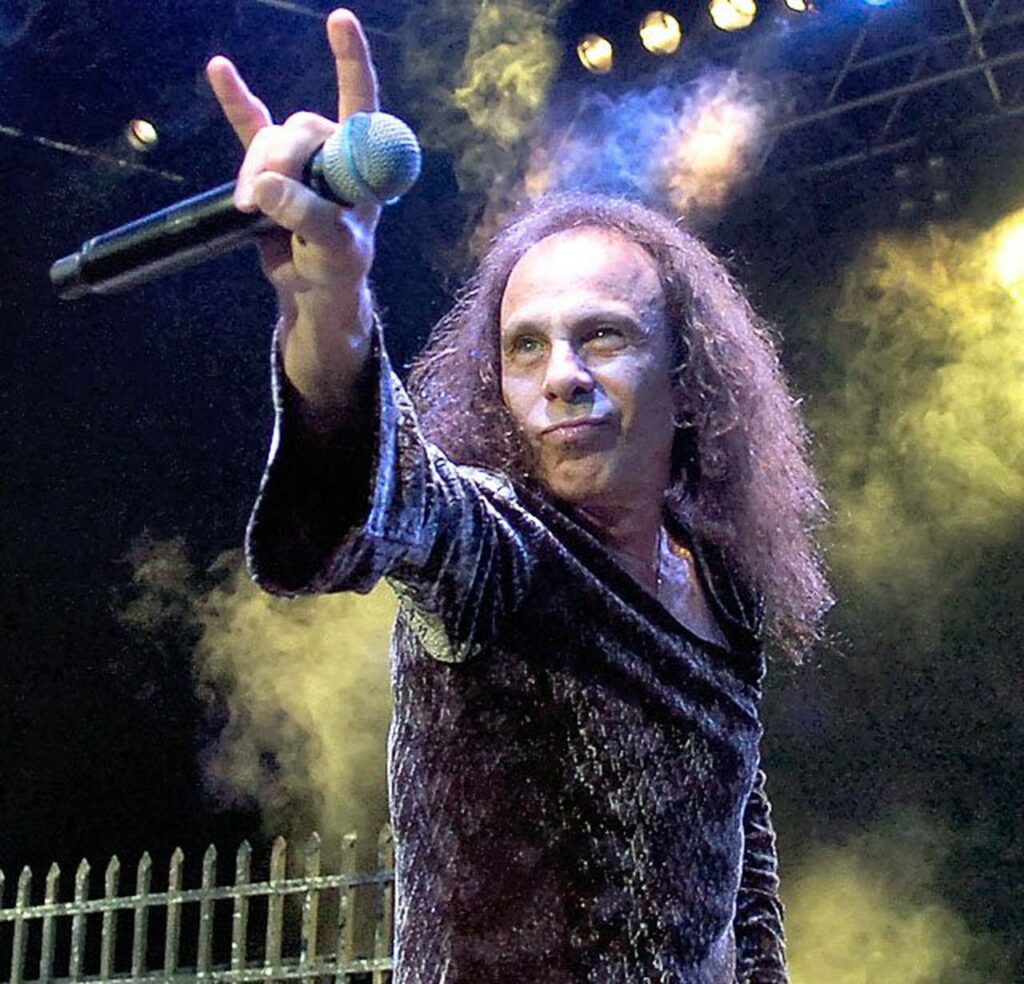 And about the autobiography, Wendy said, “That is also on hold. I’m working with Mick Wall, who’s quite famous for working with everybody in the industry. If you Google him, you’ll see he’s done almost everybody, books on everyone. I’m working with him. This will be completely different from the documentary. It will be written in Ronnie’s own words, because Ronnie had written up to the end of Rainbow, and then we found some other stuff after that, little bits and pieces. So we’re putting it all together. Mick and I have been very busy looking for interviews during all the different periods of time. And so we’ll continue on — we’ll finish it and continue on in Ronnie’s own words. Ronnie writes up to that point, and then after that, it’ll be interviews, so it’ll still be his own words of what he’s saying at that particular time in his life… The way he writes is very magical, and it’s very interesting. The stories he tells are very interesting in the book.”

Which Dio-fronted band is your favourite? I can’t wait for the doc & autobiography!