It’s being reported today (Feb 17) that one of the most iconic middleweights to compete in the UFC is set to make a return to action. Georges St-Pierre, 3x UFC Welterweight Champion, has inked a brand new contract. 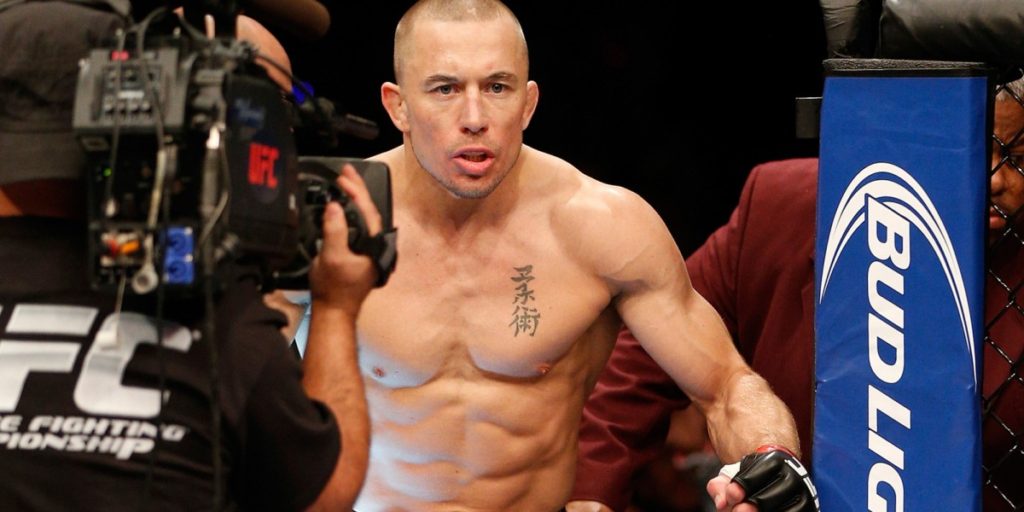 St. Pierre has not fought in the UFC (or any fight promotion) since vacating his Welterweight Championship on Dec 13, 2013, only a month after his last win, a very controversial decision victory over Johnny Hendricks. GSP has the most wins in title bouts in UFC history, with a 12-2 record in Championship fights, and to this day is widely considered the most popular UFC fighter to ever come out of Canada.

“He’s back. I’m excited,” White said. “We worked at it for a long time and finally got it done.”
“It could be the winner [of the March 4 welterweight title fight] between Tyron Woodley and Stephen ‘Wonderboy’ Thompson, or it could be [middleweight champion] Michael Bisping,” White said. “Georges has also talked about fighting at 155 pounds [lightweight]. He says he can make the weight.
“But I have no idea when he’s going to fight right now. We don’t have anything booked and literally haven’t talked to anybody about it.”
(Conor McGregor currently holds the 155-pound title belt…..exhale. That fight is still a long way off.)

More to come on details on GSP’s contract and potential future opponent for the UFC.
(It’s early, but if you’re a betting man, right now the word is that GSP’s potential first opponent would be Michael Bisping. Although Bisping has already been confirmed to be facing #1 contender Yoel Romero, he was also asked about the possibility of fighting GSP, to which Bisping replied that it’s ” not beyond the realm of possibility.”)

EDIT : From the man himself, GSP tweets a promo video letting us know he’s back