Godsmack singer Sully Erna was recently a guest of The VR Sessions’ “Riff On It” Podcast and talked about writing new music for the band’s new studio album!

Erna said, “We just started writing again — like, literally a month ago; not even. I bought a property down in Florida recently, because I just wanted to get away from all this nonsense that is going around the country. I don’t wanna go down that whole conversation right now, but I’ve learned a lot from this whole political nonsense and crap that’s happened with COVID about just people and the way everyone’s behaved during it. And I just wanted to kind of check out for a little bit and go focus on myself, my life, my family and my band, who is doing great, by the way. So I bought a place in Florida, and I actually moved the studio that we had up here in the New England area down to Fort Myers area. And that’s where we’ve been working. It’s been going good. We have probably — I don’t know — 12 songs written in the last three weeks. And, obviously, as everyone knows, a song isn’t a song until the lyrics and melodies are done. So I just started diving into that. And I came home to take a little break from the band so I could literally catch up and start writing some melodies to some of these instrumentals that we have.”

Sully added, “We might do like a specialty album and a big full-length rock record and then release it sometime in the first quarter of ’22.” 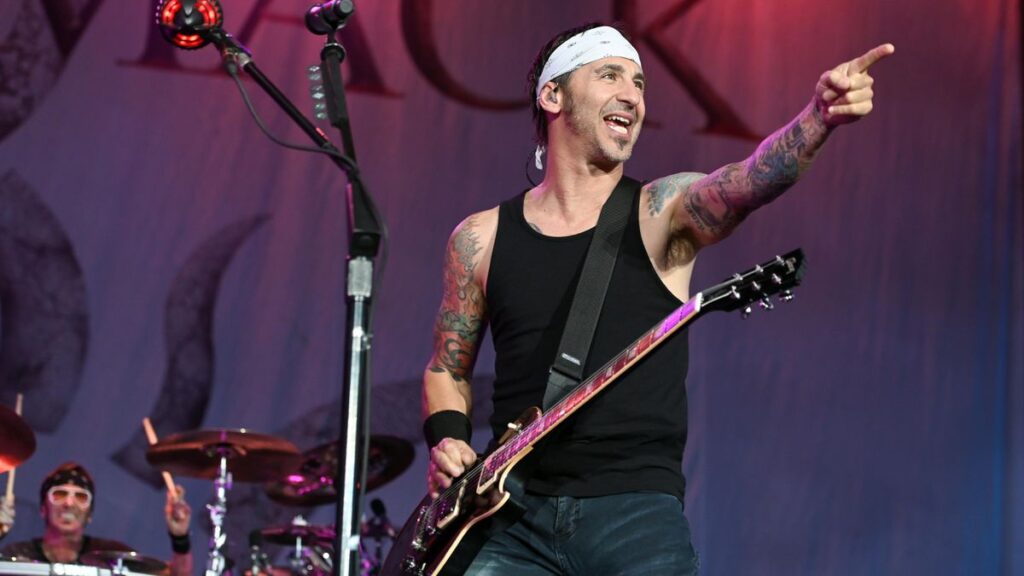