Don’t blink. They’ve released another teaser trailer for Toy Story 4 and it’s not much.

Toy Story 4 director Josh Cooley talks about Little Bo Peep’s return to the franchise, “Bo’s taken control of her own destiny. While Woody was watching Andy grow up, Bo gathered dust until she took it upon herself to head out into the world. And when Woody shows up, they can’t believe that they’ve found each other again.”

Meanwhile, actor Tom Hanks shared this backstage screenshot after he wrapped up voicing his lines for “Woody”. 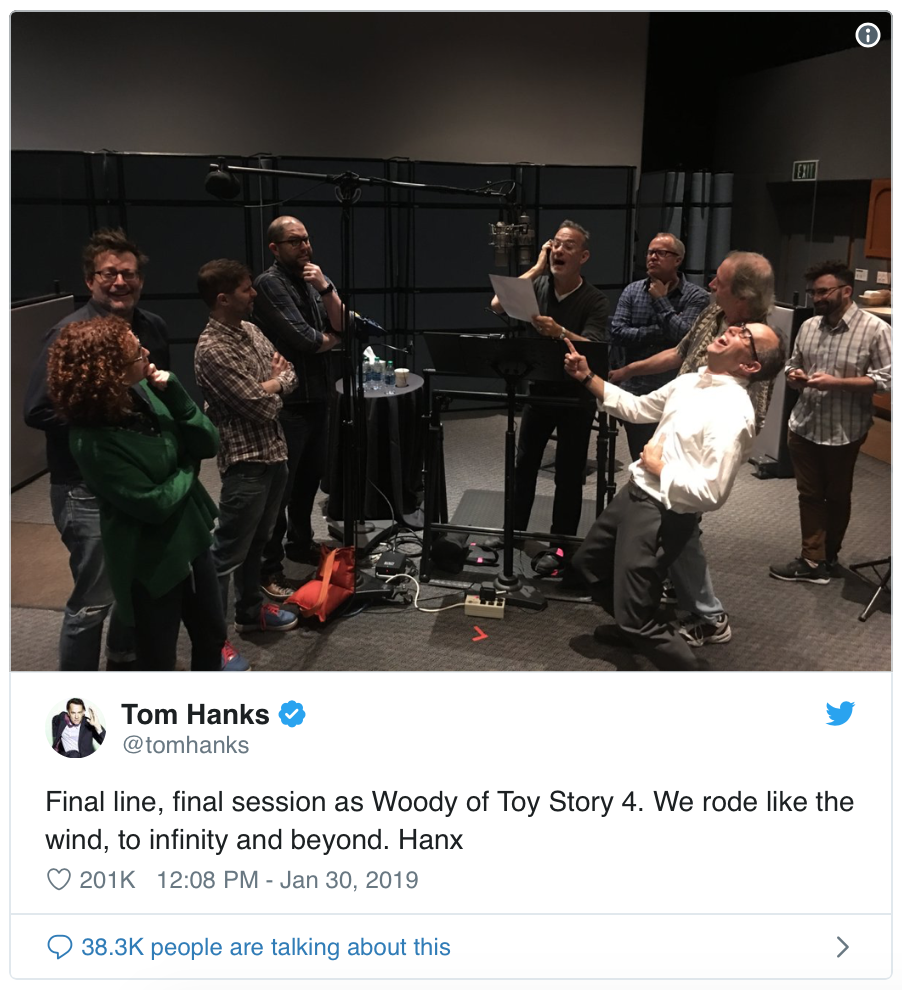