You’ll know Gad as the voice of Olaf the snowman in “Frozen” and has been hosting virtual reunions on his “Reunited Apart” series. Check out the “Ferris Bueller’s Day Off” reunion here!

Cool idea. Hard to pull off for the average Joe.

Interestingly, Aerosmith turned down the request to be in the first “Wayne’s World” movie (made for $20M) and re-considered for the 1993 sequel, performing “Dude (Looks Like A Lady)” and “Shut Up And Dance”. 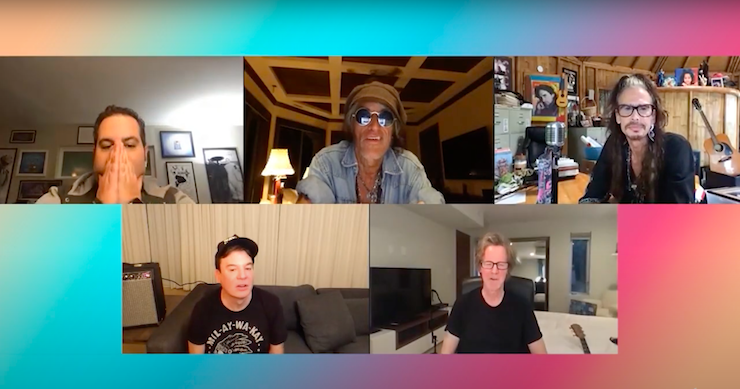 As you might expect, some 2020 Aerosmith tour dates were postpone due to COVID and that leaves the guys with some free time. So why not jump on a Zoom?

Which other movies should Gad do a virtual reunion like this?