A five-minute trailer for season 8 of The Walking Dead was unveiled at the 2017 San Diego Comic Con (watch it below)! 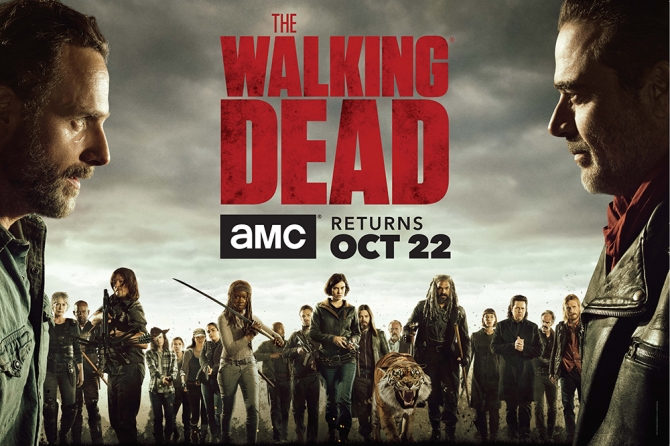 The show’s creator Robert Kirkman made an appearance and talked about his various projects, which include the Walking Dead comics.

When asked about the ending of the long-running series he said: “I think about two or three years ago, I had a pretty good idea for a definitive ending. I have known that since then and been working towards that, so I know exactly where I’m going and what’s gonna happen when I get there.”

Kirkman added, “There was an ending I had in mind that I was thinking, ‘Oh this would be kind of a cool ending.’ I got to a point where it should’ve happened and I was like, ‘I’m not done yet.’ And this was before the show. It got to a point where I would’ve had to start building to it and I was like, ‘Nah.’ So, I just threw that out and then I just kept going because I had all kinds of cool stuff I wanted to do.”