Watch the Trailer for Martin Scorsese’s Crime Film “The Irishman”!

How good does this look?! They’ve finally released the first trailer for Martin Scorsese’s Netflix feature film “The Irishman”!

You’ll notice there’s a fair amount of that trippy de-aging technology. It’s pretty cool, actually. The crime-drama is set in New York City in the wake of World War II. 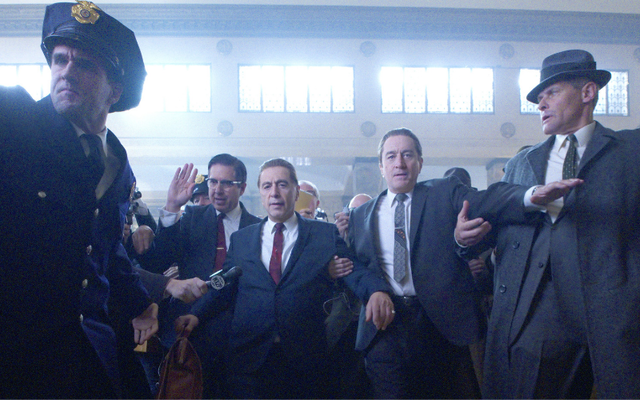 Steven Zaillian, the same guy who worked on Gangs of New York with Scorsese and wrote scripts for the original Mission: Impossible and Schindler’s List is the screenplay writer. They’re truly bringing out the big guns for this Netflix movie.

The Irishman is set to make its debut at the New York Film Festival in late September. It hasn’t been revealed when it’ll be in theatres and on Netflix.

Which other true-to-life events should be turned into a movie? So many to choice from…