No surprise here. Keanu Reeves’ character, John Wick, is still pissed off about his dog being killed. And, we continue to reap the rewards with a new movie!

In the new movie, Wick will finally have to deal with the consequences of his actions in movies 1-3; remember those murderous rampages looking for revenge? 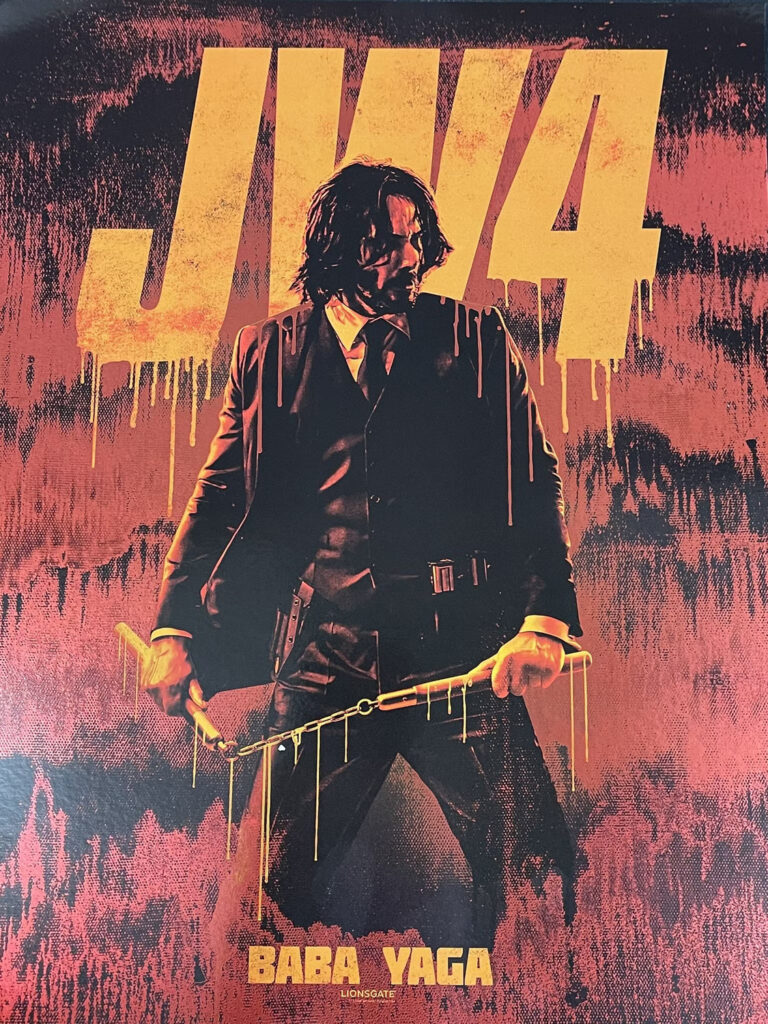 Director Chad Stahelski was interviewed by Variety in August ’22 and said, “I don’t really believe, at least for the ‘John Wick’ movies, in a three-act structure. I believe in storytelling and leaving it. You know, we’ve always seen John Wick as Odysseus. So we take the time we need to tell the story. As long as we don’t fall asleep watching it, we keep it going. But I guess there is a bathroom limit.”

Is this franchise the best of Reeves’ work? Quite possibly, right?