Watch: The Complete Slipknot: ‘Unmasked: All Out Life’ Documentary!

This. Is. A. Must. Watch! BBC Radio 1’s Slipknot documentary “Slipknot Unmasked: All Out Life” is now on YouTube!

“Slipknot Unmasked: All Out Life” is described as “a unique and fascinating insight into the career and controversies of one of the most successful and contentious heavy metal bands of all time: Slipknot. The film combines new interviews, backstage access and an exclusive live session from the nine-piece group, performing six career-defining tracks at the legendary Maida Vale Studios in front of an intimate audience. The six tracks, one from each of the band’s albums, transport the group, acknowledged by many as one of the most extreme live acts ever, from their usual arena-sized shows to a uniquely intimate and intense setting. The film highlights the group’s phenomenal 25-year career, revealing how one of the most relentless and intense-sounding groups ever have struggled with drink, drugs, depression and the death of a band member, topped the charts, outsold their peers and picked up a Grammy along the way, whilst staying as bold, fearless and exhilarating as ever.” 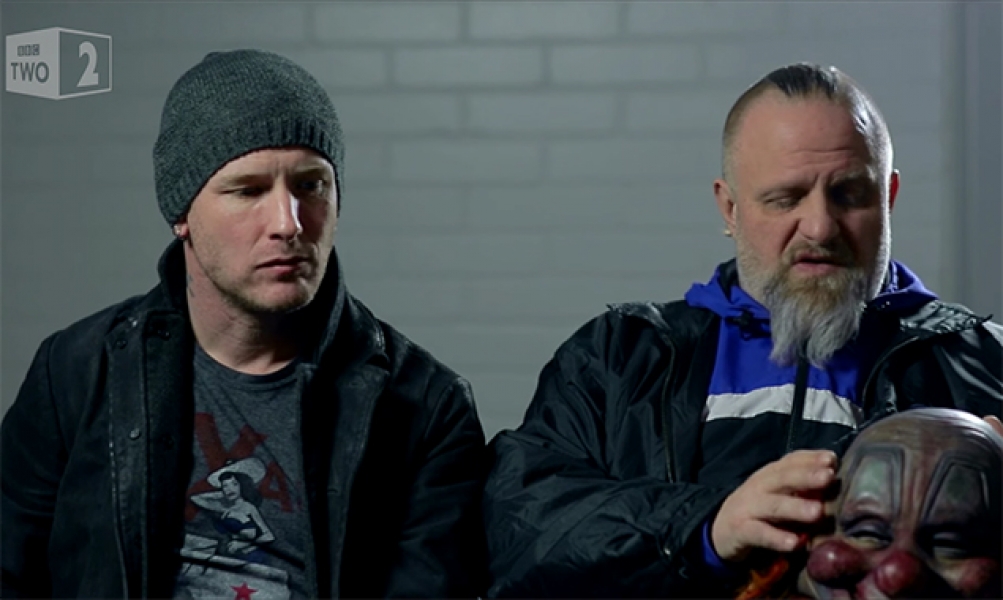 You may remember that last month the band postponed its tour of Asia due to COVID-19. No word on when that will be rescheduled or when they’ll play any dates, for that matter.