So you wanna be a social media influencer? Really? Stranger Things actor Joe Keery stars in the new action horror film, Spree (which also stars David Arquette and Mischa Barton) – and it might change your mind.

Directed by Eugene Kotlyarenko and executive produced by Drake, the movie shows 23-year-old driver Kurt (Keery) kidnap his passengers to create a “shortcut to infamy” on social media.

In the official synopsis reads, “Wildly miscalculating the popularity that would come from his lethal scheme, Kurt’s desperation grows as he tries to find a way to overcome the plan’s flaws. In the middle of all this madness, a stand-up comedian (Sasheer Zamata) with her own viral agenda crosses Kurt’s path and becomes the only hope to put a stop to his misguided carnage.” 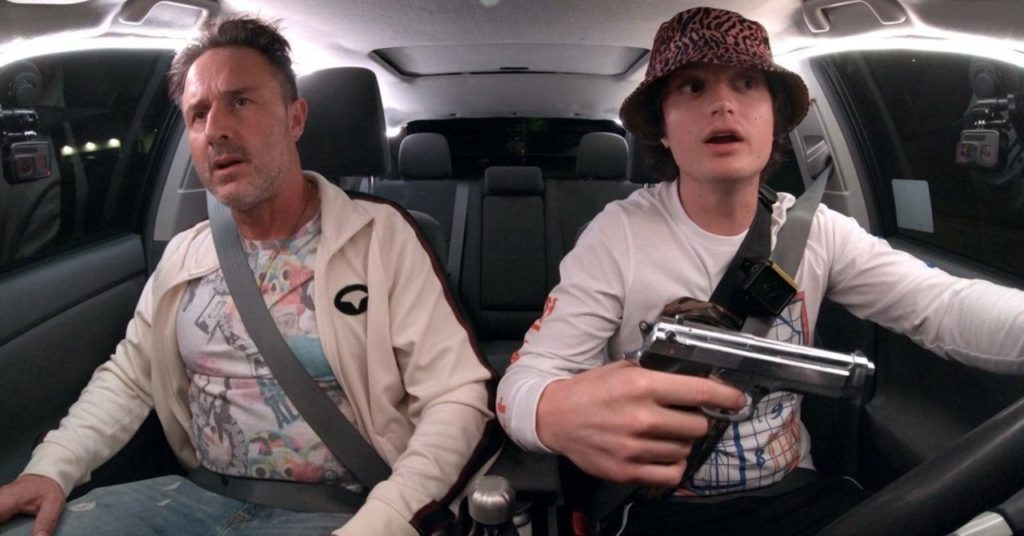 Spree premiered at this year’s Sundance Film Festival and is set to be released Aug 14.

Is social media the worst – or the best?