Sony Pictures has released two new trailers for their upcoming Spider-Man reboot! Check out both the North American and International trailers below!

The official trailer gives us a bit of what we already know – Peter’s new Spider Suit is ridiculous. It’s also a lot smarter than we first thought, showing off the insane amount of web shooter possibilities next to a very Iron-Man-esque HUD. It also gives us yet another glimpse into the high-school vibe that’s been very present throughout not only the promotion of this movie, but Spider-Man’s lineage. (Also, there’s a “blink and you’ll miss it” cameo of Donald Glover, who received a LOT of fanfare after his portrayal of Miles Morales in Ultimate Spider-Man.)

Then we come to the international trailer. Oh boy.

This trailer gives us an amazing look at Michael Keaton as the Vulture, and his characters motivation. The quick tie-in explaining just HOW Keaton’s Vulture (and by extension, Bokeem Woodbine’s Shocker and Michael Chernus’s Tinkerer, neither really present in the trailer) comes into contact with the tech and weapons is awesome, as well as the brief glimpses of Keaton in action. The trailer also firmly ties the Avengers into this movie, fully taking advantage of the Sony/Marvel Pictures deal to integrate Spider-Man into the MCU.

Both trailers are similar in dealing with themes of growth and responsibility, which are themes that ALWAYS come up with Spider-Man. It’s already prevalent, with a few trailer scenes directly alluding to the “training wheels” Peter has on his suit.
And while coming to terms with great powers will no doubt be a part of the movie, we’re not expecting to see Uncle Ben kick the bucket again. Remember this scene from Civil War, Spider-Mans first official appearance in the MCU ; 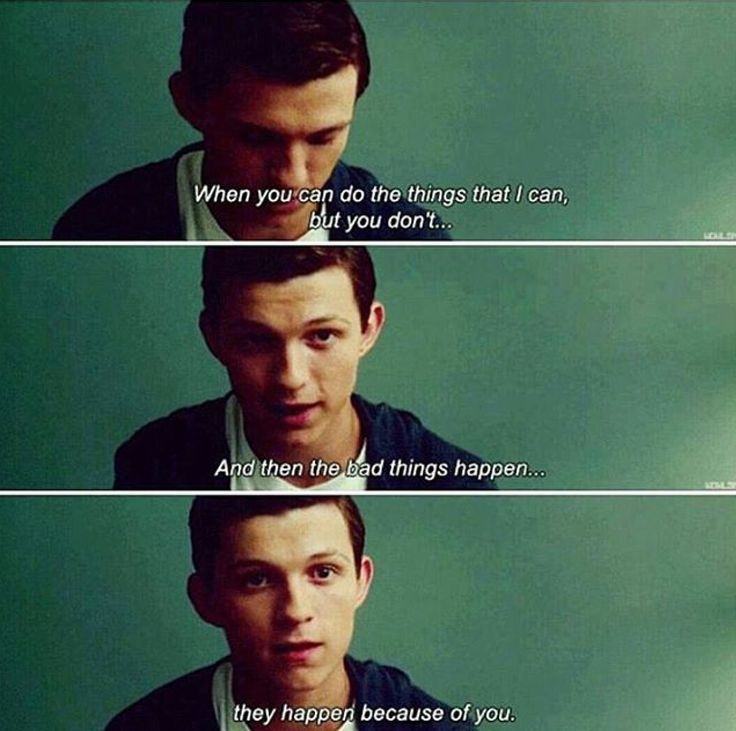 The hype is building, and we don’t have too long to wait. Spider-Man: Homecoming opens on July 7th, 2017.