Watch: Slash Has Written ‘A Lot Of Good Material’ While In Quarantine!

Slash was recently a guest of Sweetwater Nick Bowcott’s podcast and said he’s been keeping busy during the pandemic, “I’ve been really busy. If anything, this whole episode has afforded me a lot of time to be creative. So it’s been good.”

Slash talked about how his creativity during these crazy times, “I do a lot of stuff on my own, and then Todd [Kerns] will drive in from Vegas and put bass on everything. And then I’ll send that out to everybody. On occasion, we’ll all get together and jam. We’ve done that a couple of times over this period.”

Slash added that being at home for most of 2020 has “definitely given me a lot of opportunity to write and to focus and to not be rushing out the door all the time. So it’s been good. There’s been a lot of good material that’s come up through this.” 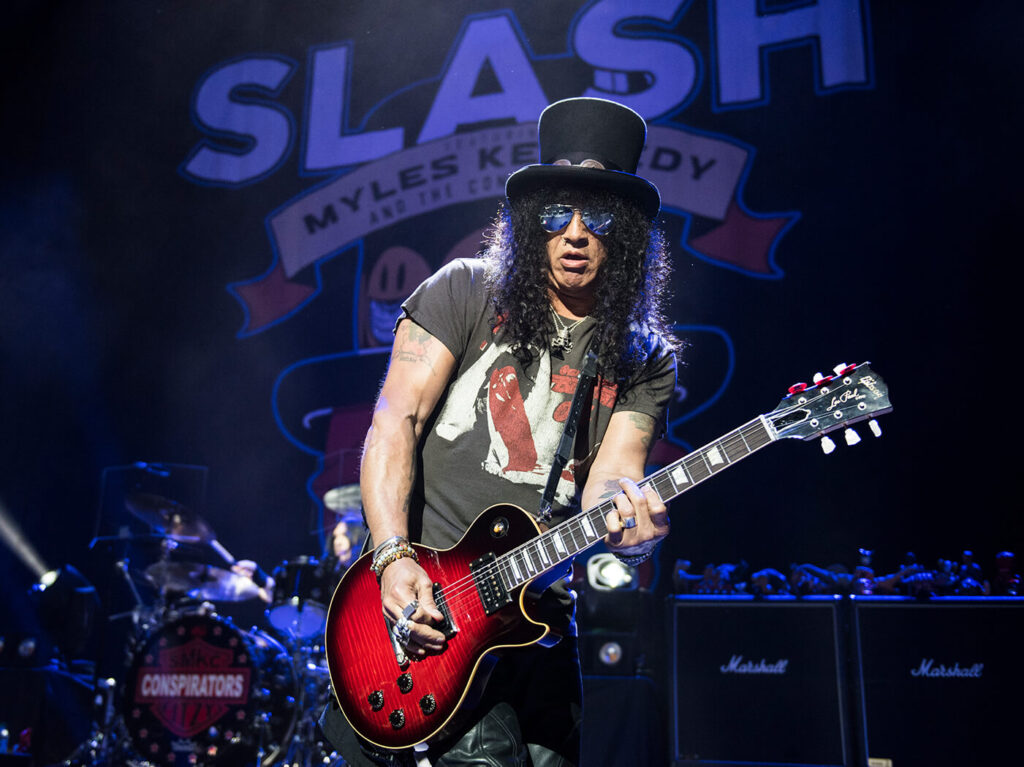 We haven’t had a new album from Slash featuring Myles Kennedy and The Conspirators since 2018’s “Living The Dream”. Will be nice to get new music from one of rock’s most consistent bands.

Great to hear that Slash is banging out new music during the pandemic! Which band do you hope is doing the same thing? I’ll start… Rage Against The Machine.