WATCH : Rob and Tye Trujillo together on stage!

During their South American tour, Korn’s been getting help on bass guitar from the 12-year-old son of Metallica’s current bassist, but during a stop in Lima, both Trujillos volunteered their services. 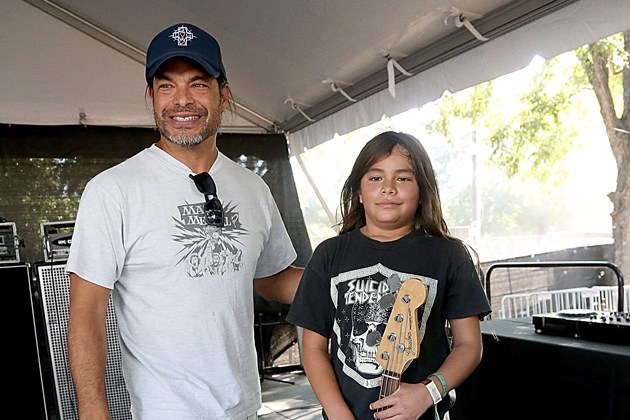 On the last stop of the tour, Rob Trujillo joined his son Tye for an extra special rendition of “Blind.” Check out the fan-shot footage below!!

“It’s a beautiful thing, ’cause he’s still a 12-year-old and he still acts wild and crazy, as a 12-year-old should, but when it comes to music, he’s very focused…and with Korn, it’s funny, because I haven’t shown him anything at all for the Korn stuff — I’ve been too busy and I’ve been out of town a lot — and he’s taking this opportunity very serious.” Rob Trujillo, on how his son’s been handling his time as a touring musician.

Korn’s regular bassist Fieldy is back with the band, as the band plays their next show at the Carolina Rebellion festival in Concord, N.C., on May 6.