Prophets of Rage (made up of members of Rage Against The Machine, Public Enemy & Cyprss Hill) just released the video for “Unfuck The World”. And it’s directed by Michael Moore (who worked with RATM on the video for “Sleep Now In The Fire”)! Watch it below!

“Unfuck The World” is on Prophets Of Rage’s self-titled debut album, which is coming out on September 15th. The album was recorded w/ producer Brendan O’Brien (RATM & Audioslave).

Moore stated about the video in a press release: “I am thrilled to once again be working with my old friends and comrades in the struggle for a just world. Prophets of Rage is the right band saying the right shit at this very critical moment. This music video is our collective battle cry against those who seek to harm the innocent and the powerless. I am proud to have directed this video and I ask all who see it do their part to unfuck this world. ALL HANDS ON DECK!” 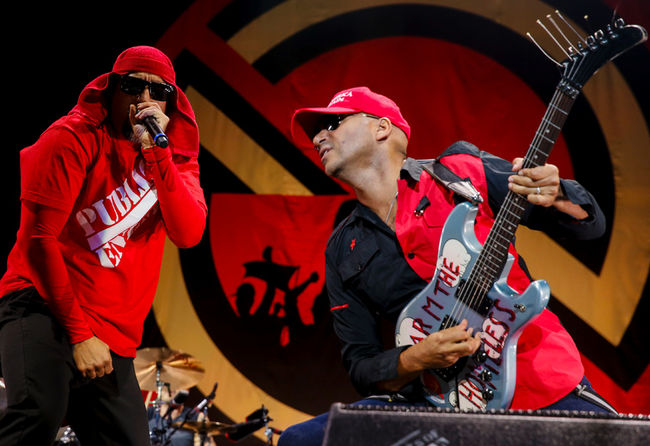 Prophets of Rage made their live debut in May 2016 in Los Angeles.