The movie isn’t being released to theatres ’til March 23, 2018 – but we’re already seeing the first official trailer for Pacific Rim: Uprising! 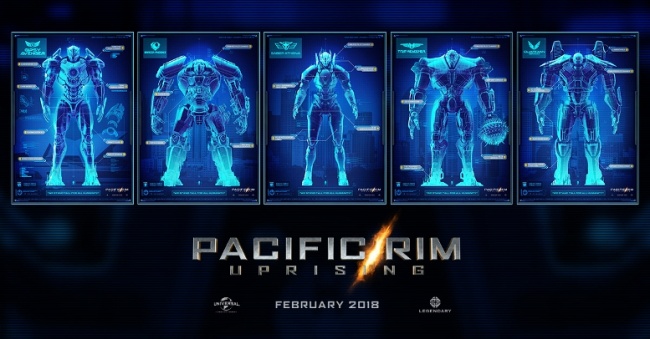 John Boyega plays Jake Pentecost – and is leading a crew of mechanized ‘Jaeger’ fighters against the threat of ‘Kaiju’ (even bigger than the first movie). Boyega is also the producer of the movie and say it’s “larger than life”.

Boyega told Entertainment Weekly – “This is a fun movie. It’s there to entertain. It’s larger than life. Just go in there looking to have a great time. Get you popcorn nice and warm. Your eyes are going to be peeled. We’ve got a spectacle and [Guillermo] Del Toro’s influence is still there. It’s going to be really, really cool.”

This new movie is set 10 years after the first one ends. Director Del Toro is replaced by first-time feature director Steven S. DeKnight – although Del Toro remains as a producer. The movie is said to have a whopping $150M budget!!