Are you ready for this?! Jesse Pinkman is back in El Camino: A Breaking Bad Movie (out on Netflix October 11 ’19)!

In case you missed it, they released a teaser during the Emmys. As you can see, the teaser picks up moments after the series finale.

A synopsis of the film says, “In the wake of his dramatic escape from captivity, Jesse must come to terms with his past in order to forge some kind of future.”

Creator Vince Gilligan has remained tight lipped about the movie’s plot. Although he recently revealed that two characters from the series will be back: Skinny Pete (Charles Baker) and Badger (Matt L. Jones). “I didn’t really tell anybody about it, because I wasn’t sure I would ever do anything with it,” Gilligan said of the movie’s story. “But I started thinking to myself, ‘What happened to Jesse?’ You see him driving away. And to my mind, he went off to a happy ending. But as the years progressed, I thought, ‘What did that ending—let’s just call it an ending, neither happy, nor sad—what did it look like?’” 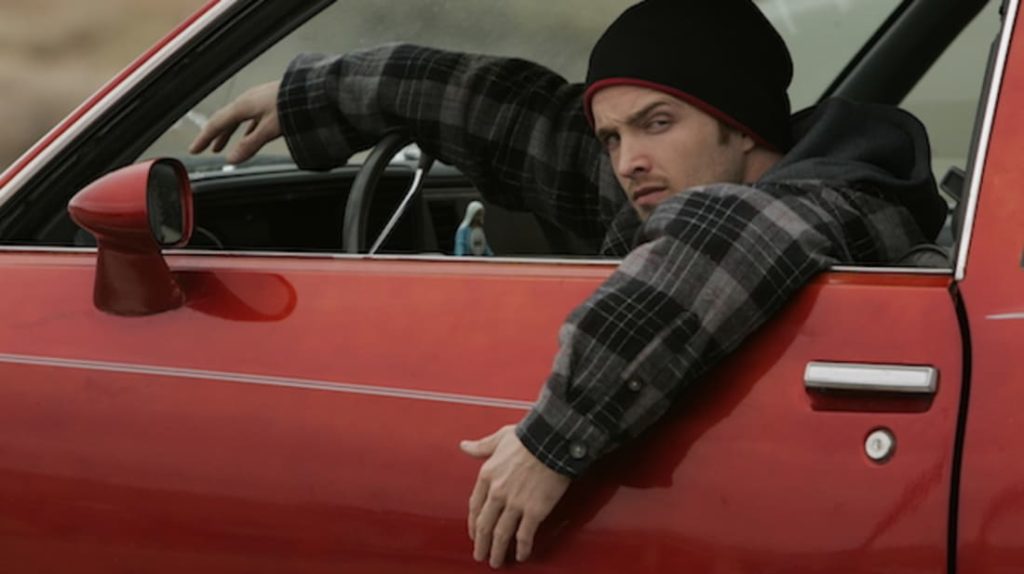 You don’t have long to wait – El Camino: A Breaking Bad Movie premieres on Netflix on October 11th and plays in 68 cities too!

Which other series deserve the same treatment? Any others you can think of that should get their own movie?