Watch: AC/DC ‘The Story Of Back In Black’ Video Series; First Two Episodes!

AC/DC launched a new video series, “The Story Of Back In Black”, to help celebrate the 40th-anniversary of their 1980 album “Back In Black”. Watch the first two episodes in the series, focusing on “You Shook Me All Night Long”and “Hells Bells” below!

“Back in Black” has sold over 25 million copies in the US alone.

The album first went platinum in October 1980 and is the fourth biggest-selling album of all time. It was the band’s first album without lead singer Bon Scott, who died a few months earlier after passing out and choking on his own vomit. 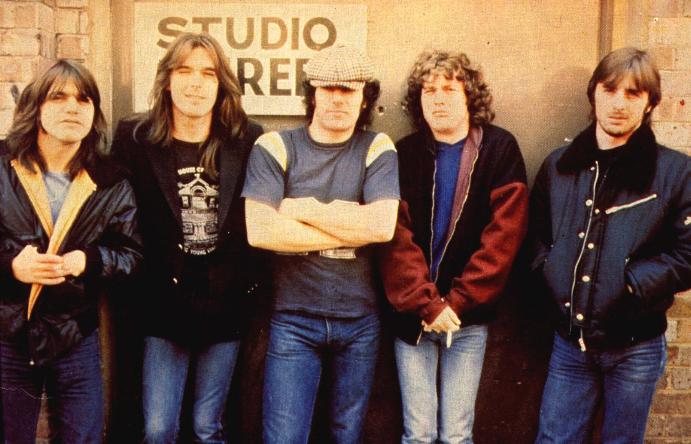 The band found singer Brian Johnson from the band Geordie and they went to the Bahamas for about six weeks to record the album. Six weeks. Incredible given the amount of time bands spend present-day recording albums.

Johnson said he wasn’t sure how successful “Back In Black” would be, “I’d just melted me brain in there, and I didn’t know if it was good or bad. That was the first time I’d been in the Bahamas, anyway, or near America, you know, and you (have to) remember, I was just fascinated by the whole culture and all, and I had no idea what the hell I was doing! And (laughs) lucky, really — I was a bit lucky, I think.”

“Back In Black” surprisingly never made it higher than #4 on Billboard’s album chart.

Which other bands should create an online video series? I’ll start, Iron Maiden.