Shinedown has released the official trailer for their film “Attention Attention”!

“Attention Attention” is being released on digital and cable VOD on September 3, ’21. 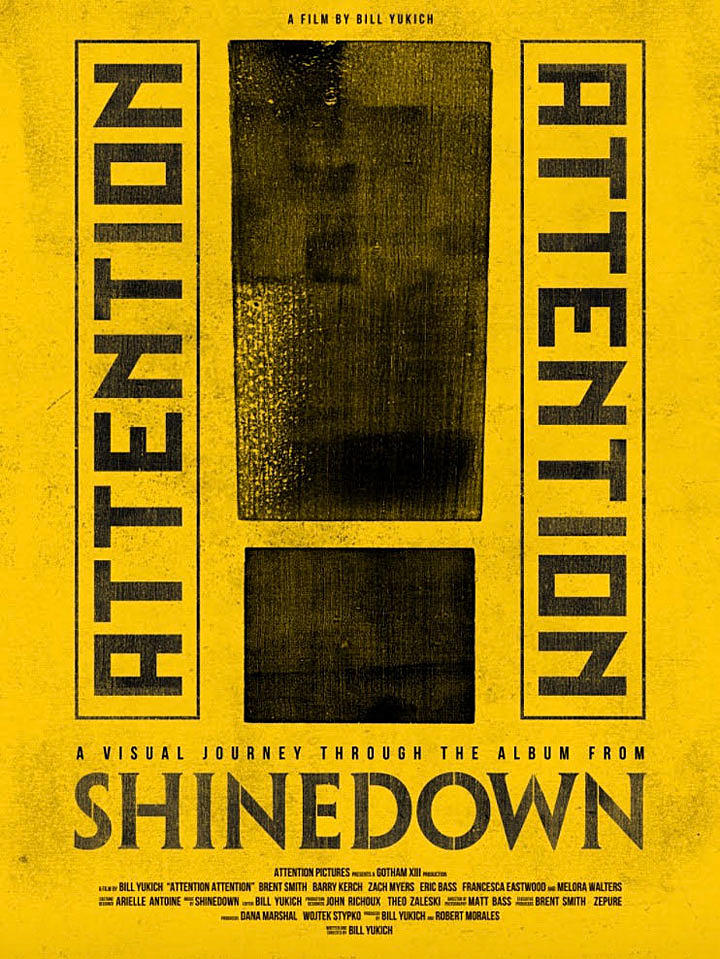 The band talked about the film, “When we created ‘Attention Attention’, our vision was always to present the message as a sonic and visual experience. We’re really proud of what we created and are beyond excited to partner with Gravitas Ventures to finally bring the film in its entirety to the world.”

Director Bill Yukich said, “‘Attention Attention’ the film is where the songs of the album come together with people this music has had a profound impact on. What begins as many stories, many voices, steadily becomes one message, one voice from many. Years in the making, I am beyond pleased to be able to share this vision, which was inspired by this amazing band.”

Pretty cool idea from Shinedown. Which other bands would you like to see create films based around albums?