Metallica has posted a video recap of their January 20 ’17 concert at AsiaWorld-Expo in Hong Kong (watch it below)! 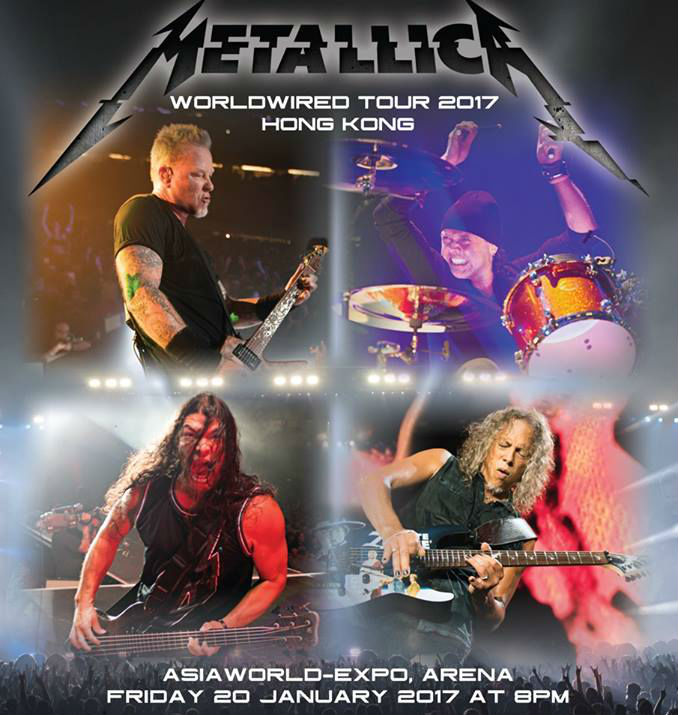 The North American leg of Metallica’s “WorldWired” 2017 Tour starts May 10 in Baltimore, Maryland. It hits stadiums in 25 cities and winds down in mid-August. Metallica are bringing out Avenged Sevenfold, Volbeat & Gojira in support!

Each ticket purchased for the tour will include a copy of Metallica’s new album, “Hardwired… To Self-Destruct”, available as a physical CD or a digital download.

Metallica also recently announced the formation of “All Within My Hands Foundation”, which will raise money through ticket sales to support national, local and Bay Area charities selected by the band members.