Venom director Ruben Fleischer recently sat down with the LA Times and revealed some more details about the upcoming Spider-Man spin off Venom, starring Tom Hardy!

Director Fleischer said the violence in the film will be “pushed to the hilt.”

“I feel like the casting, the aesthetic and the character himself all combine to make something that just feels different. Tonally it doesn’t remind you of other movies. It doesn’t feel like we just tried to do what everyone else is doing…the DC universe is so aggressively dark and the Marvel universe has become so light. It was kind of exciting to craft something that just felt a little bit more real and grounded and in our world.”

Actor Tom Hardy said his decision to play Venom was in a large part due to his son, “My son is a massive fan and he was a strong influence on why I should play Venom specifically. I wanted to do something my son could watch. So I did something where I bite people’s heads off.” 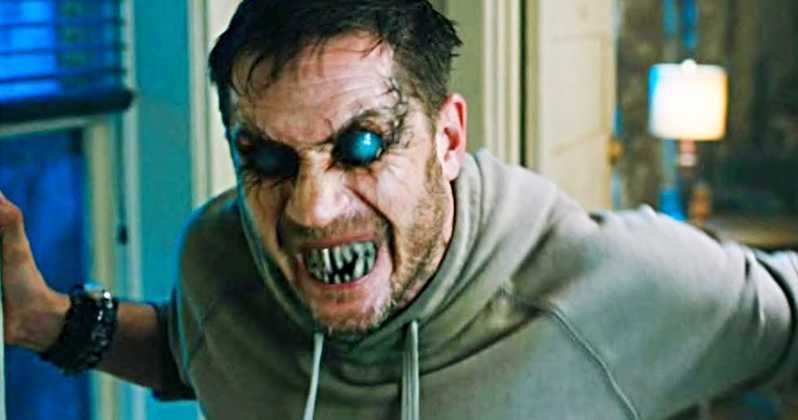 Director Fleischer said he’d love to see Spider-Man and Venom in a movie together, even though there are no plans for this at present.

“I can speak for myself when I say I would be really excited to go see that film, so I have to see the studio is thinking the same way, and at some point down the road they are going to run across each other’s paths.”

Venom is in theatres October 4th!

Which other Spider-Man characters should get their own movie?