If there was ever a time that you should be in Las Vegas, it’s in May 2019! Hellyeah is celebrating the life of their late drummer, Vinnie Paul Abbott, with a special show May 11 ’19 at the House Of Blues in Las Vegas, Nevada. 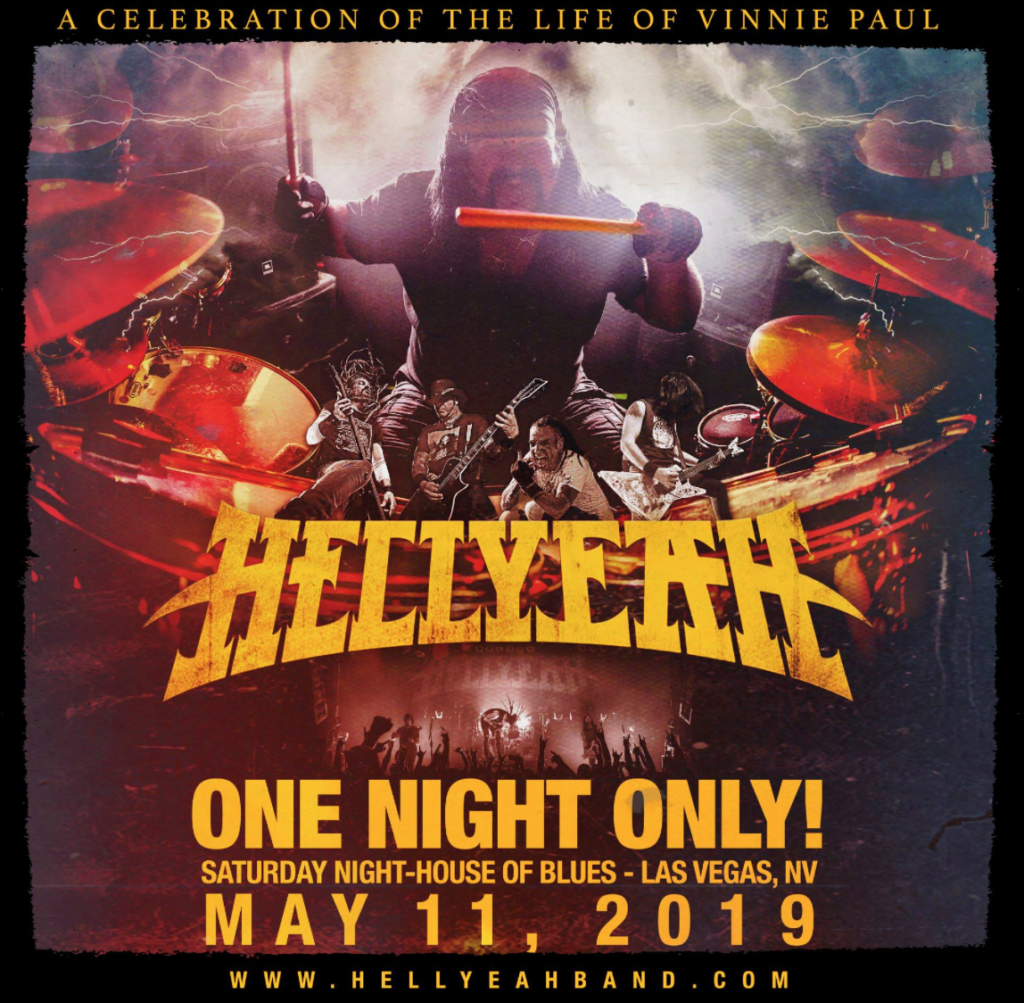 As quoted on the band’s social media pages, “General Tickets On Sale Friday March 8, 10am PST.”

Vinnie Paul died of dilated cardiomyopathy, an enlarged heart, as well as severe coronary artery disease. Vinnie was buried on June 30, 2018 next to his brother, Pantera guitarist “Dimebag” Darrell Abbott, and their mother, Carolyn, at Moore Memorial Gardens cemetery in Arlington, Texas.

We do know that Vinnie’s drummer WILL be included on the next Hellyeah album (their 6th studio record) and was recorded at The Hideout Recording Studio in Las Vegas, Nevada with producer Kevin Churko.

Great news for fans of the band!! Gotta grab tickets for this celebration of life! What’s the best show you’ve seen in Vegas? This one might top it!