This’ll be an awesome read! Legendary music producer Ted Templeman has his memoir, “A Platinum Producer’s Life In Music”, being released on April 21st! 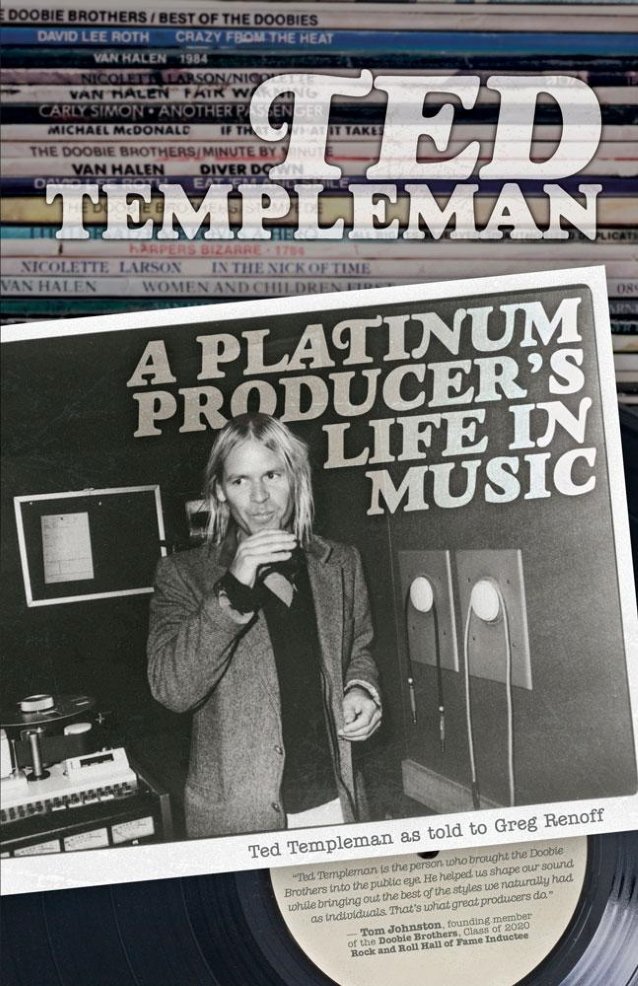 His autobiography — as told to Greg Renoff — covers Templeman’s life, from child jazz phenom in Santa Cruz, California, in the 1950s to Grammy-winning music executive during the ’70s and ’80s. Plus, how he launched his career as a producer by discovering The Doobie Brothers.

In “Ted Templeman: A Platinum Producer’s Life In Music” you’ll get an in-depth look at the recording sessions for #1 hits “Black Water” by The Doobie Brothers and “Jump” by Van Halen! Plus, you’ll hear about his relationship with Steven Tyler and Joe Perry of Aerosmith, Eric Clapton, Lowell George, Sammy Hagar, Linda Ronstadt, David Lee Roth and Carly Simon.

Do you think you’ll read this memoir? Personally, can’t wait for stories about rock royalty!