Metallica’s latest album Hardwired…To Self-Destruct is getting rave reviews. The album is being seen as a return to form, and fittingly, the band paid homage to their original bassist Cliff Burton on the album.

Bassits Robert Trujillo had the original Metallica bassist in mind while writing the opening for “ManUNkind.” A melodic, fingerpicked bassline can be heard underneath James Hetfields undistorted guitar.

“When I had written that, I was definitely thinking about Cliff. In a way, that to me is a tip of the hat to Cliff Burton and the spirit of Cliff. If you hear that little thing before ‘ManUNkind,’ for me personally, that was with Cliff in mind.” 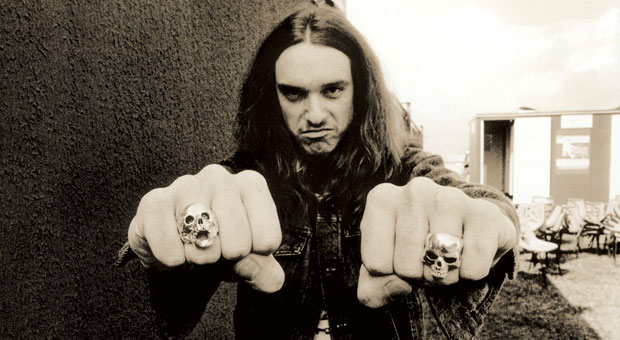 Burton was the first bass player for Metallica, tragically passing away in a tour bus accident in Sweden in 1986. Trujillo has been the bassist since 2003, filling in for Burton’s replacement Jason Newstead.

Hardwired…To Self-Destruct is the bands first release in 8 years – Trujillo also hinted at the members already writing material for the next album, implying there won’t be another 8 year gap in Metallica albums.