Today, we pay tribute to one of the most influential grunge artists who ever got behind the mic, as we have learned that Chris Cornell has unexpectedly passed away. Cornell was 52 years old. 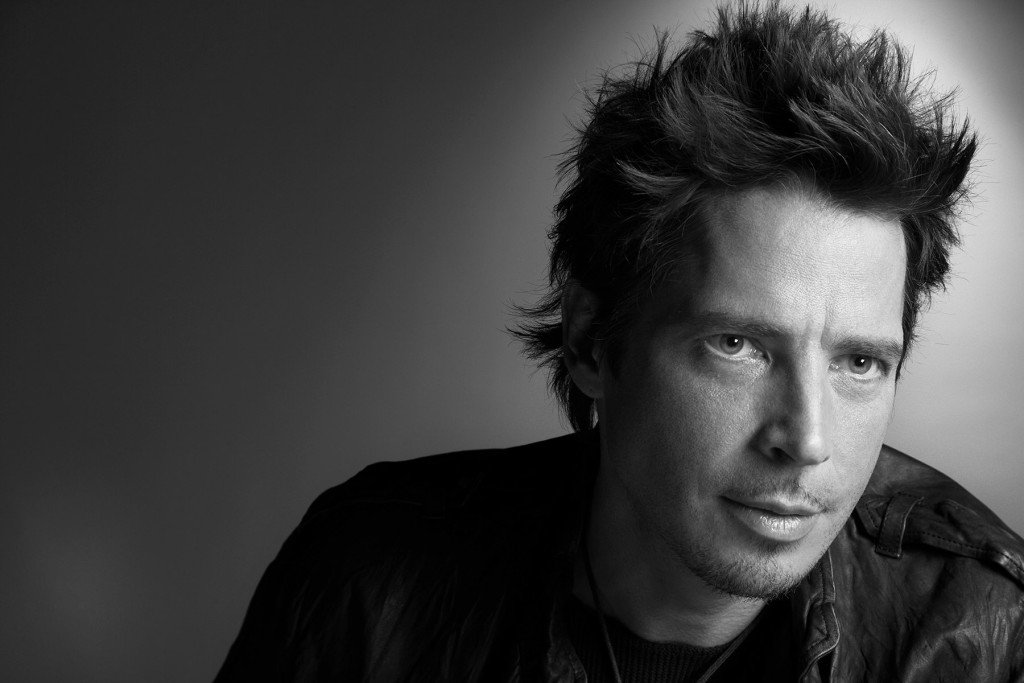 The singer had a massive power behind his voice which was on full display in his frontman gigs for Soundgarden, Audioslave, Temple Of The Dog, and his solo work.
As of this writing a cause of death has not been released, and an autopsy report has yet to be completed. When reached for comment, Cornell’s wife Vicki had stated that Chris was in no “way, shape or form in a suicidal state.” Vicki Karayiannis also added that her and the family are working closely with the medical examiner to determine cause of death, and finally asked for privacy during this difficult time.

Cornell was on tour with Soundgarden at the time of his passing, playing a show just hours prior in Detroit. The Soundgarden tour was set to go until May 27th. Fans in attendance for the final show have noted that Soundgarden closed the night out with a cover of Led Zeppelin’s “In My Time Of Dying,” which had been covered by the band before but also a song that takes on a new meaning, as it will be remembered as the last live song that Cornell ever performed.

Books could be wrote about the influence and impact of Cornell’s musical career, one that is now capped with this final single – “The Promise,” wrote for the Christian Bale movie of the same name, released on March 9th 2017.

Although this was the last song Cornell recorded, it’s some of the earliest work he did that gained him the most attention – Cornells first band Soundgarden was formed back in 1984. Starting with a pair of EPs in the 80s (Screaming Life and Fopp) Soundgarden went on to become one of the defining grunge voices in the 90s alongside Alice In Chains, Nirvana, and Pearl Jam.
The band has a deep catalog of hits, but for most, the 1994 album Superunknown is a defining moment. Two of Soundgardens most instantly recognizable songs, Spoonman and Black Hole Sun, both appeared on Superunknown.

Soundgarden disbanded just four years later however, in April of 1998( The band would not reconnect until 2010.) During the time away from Soundgarden, Cornell began establishing himself as a solo artist, releasing his debut album Euphoria Morning in 1999. To promote the album, Cornell spent six months on tour, playing 61 shows in that time.

In October of 2000, the punk rock band Rage Against The Machine announced that their lead singer, Zach de la Rocha, had left the band. The band was looking for a new singer. Band members tried out several vocalists, including B Real from Cypress Hill (who now works with the bandmembers under the moniker Prophets Of Rage.) In 2001, after a series of auditions that didn’t yield results, producer Rick Rubin suggested to the remaining band members that they look into bringing Cornell in, at that time three years removed from Soundgarden. In only 19 days together the four wrote 21 original songs, and then began working in studio with Rubin as the producer.
Audioslave was born.

The bands first musical venture, not an album or a single, was an appearance at Ozzfest that didn’t go through. Admittedly that’s not a great debut for a super band, but in 2002 everyone seemed to either forgive or forget, as the debut album went on to receive triple platinum status.

The band would release two more albums, Out Of Exile in 2005 and 2006’s Revelations, before announcing their own break up in 2007. Audioslave only played one reunion show, a one-off at the Prophets Of Rage Anti-Inaugural Ball.

Starting in 2007 Cornell began a serious focus on his personal works and collaborations, appearing in supporting roles on Linkin Park and Aerosmith tours and releasing original albums Carry On (2007), Scream (2009), and the live album Songbook (2011).
In 2006 Cornell also recorded the theme song for the James Bond franchise’s Casino Royale.

Cornell is survived by his wife, the aformentioned Vicky Karayiannis, and their two children, son Christopher and daughter Toni. Chris is also survived by daughter Lillian from his first wife, Susan Silver.

Several notable tributes have poured in for Cornell, from his former bandmates to some of the musicians and actors he influenced.

I love you, brother. Thank you for your friendship and your humor and your intellect and your singular and unmatched talent. It was a great honor to know you as a friend and as a band mate. I am devastated and deeply saddened that you are gone dear friend but your unbridled rock power, delicate haunting melodies and the memory of your smile are with us forever. Your beautiful voice and beautiful self will always be in my heart. God bless you and your family.

Shocked & saddened by the news of Chris Cornell’s passing. RIP.

Rest in peace Chris Cornell. You may be gone but your music will live on.

Goodbye darling boy . Please say hi to all my loved ones . I cried for you today . Rip .

With @Soundgarden in Tuscaloosa