Tool bassist Justin Chancellor was recently a guest of the Metal Sucks Podcast and said the band is about “90 percent there” in terms of writing their 5th studio album! 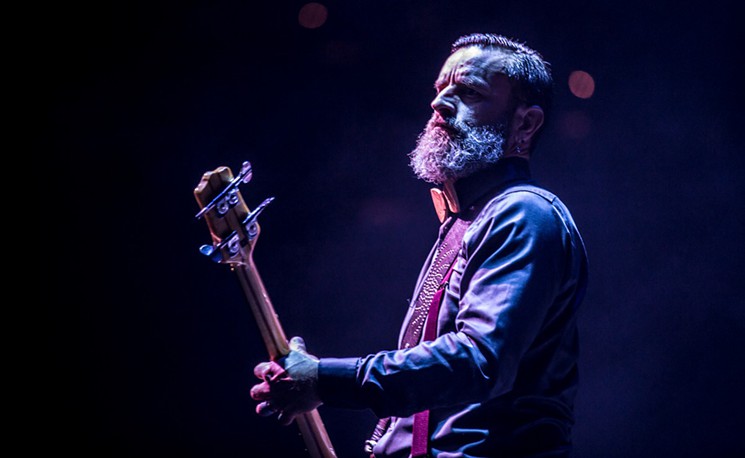 Chancellor said, “We’re about 90 percent there, it’s been like a crazy science project — kind of like a petri dish. We’ve just been really picky over what we want to put on this new album and really want to come up with something completely unique. Plus, we have endless amounts of material to sift through, so it’s just been a process.”

Tool just finished a North American tour and Chancellor said that tour revitalized them, “It really is an evolving thing. Being out the last couple of weeks on the road and playing together, this year, we’ve really kind of hit a new level, I’d say. (We’re) really excited to be around each other and we’re gonna just bang it out when we get back home, we’re ready to go.”