Tom Morello is putting out a new solo album (the first under his own name) called “The Atlas Underground” on October 12th and you won’t believe who he grabbed to make appearances! 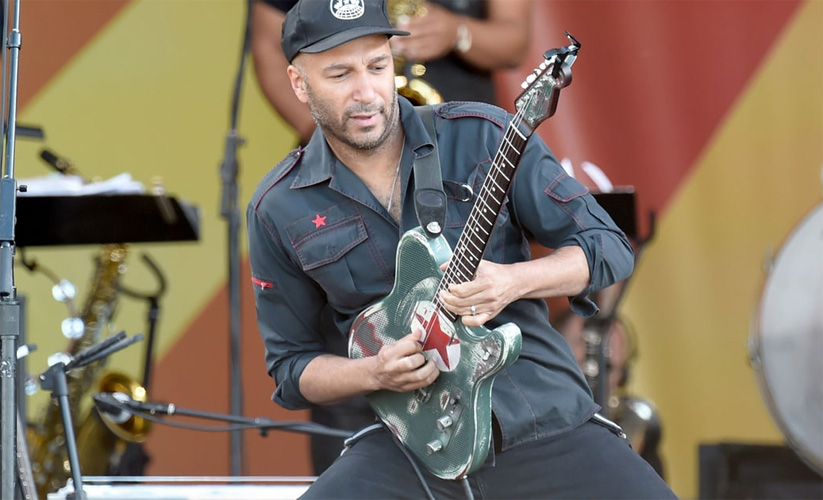 Morello told Rolling Stone, ““I’ve been secretly toiling away on this record. The notion from the very start was to forge this sonic conspiracy of these artists from wide-ranging genres who are like-minded, and then curate all of it into a powerful and cohesive whole.”

And check this out, Tom enlisted guests like Marcus Mumford, Big Boi, Steve Aoki & more! “I wanted to make a record that was unapologetically a guitar album, but that had the sonic imprints of 2018.”

WHAT?! Is Tom suggesting there’s moments of EDM on his solo album? Bassnectar and Knife Party are contributors on the album and Tom said their music inspired some of the solo album, “It was the tension and release, it was the huge drops, it was the communal frenzy that they created, for me in the mosh pit, for them on the dancefloor.”

Is there anything Morello can’t do? One of the coolest dudes on the planet.