Theory of a Deadman released their new studio album, “Say Nothing” on January 31, 2020 and their single “History of Violence” is currently the #1 song Billboard’s Mainstream Rock chart! 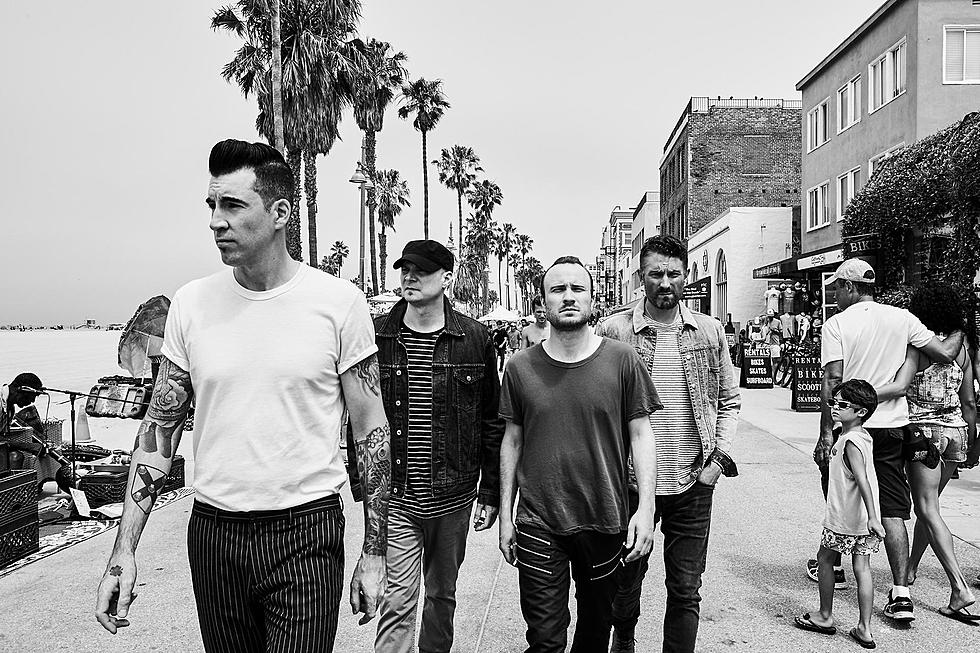 “History of Violence” was written about ‘a woman who is trapped in a relationship with someone who abuses her’ explained singer Tyler Connolly to Alternative Press. Like many of the other band’s singles, including “RX (Medicate)”, Connolly says that these songs have had a huge impact on people, helping them get through the struggles of domestic abuse or drug use.

The music video (released on September 25, ’19) shows a young woman trying to escape from her abusive significant other and she finds the only way to escape is by killing him. She finally feels like she’s free when she ends up in prison. The visuals and storyline for this music video are so powerful.

Connolly elaborated, “We wanted to have a video that not only reflected the lyrics of the track but also left the viewer feeling like there’s something they can do if they’ve been affected by something like this.” With lyrics that address the topic of domestic violence, the band encourages fans to reach out to the National Domestic Violence Hotline should they or someone they know need help or guidance in dealing with domestic abuse.

See all of Theory of A Deadman tour dates!