The Strokes will release a vinyl box set featuring singles from their first three albums, B-sides and rarities in the new year! 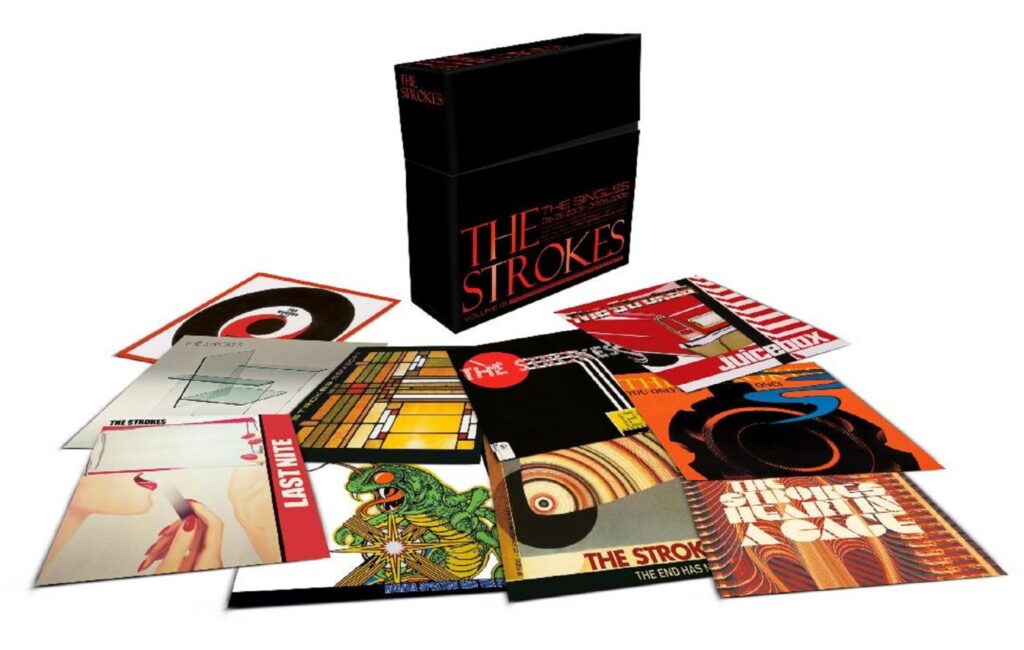 All ten singles are on black vinyl, with original artwork from each release. You can pre-order the $130.90 box set here.

Plus, videos for all ten A-sides, including ‘Hard To Explain’, ‘Last Nite’, ‘Reptilia’, ‘Juicebox’ and ‘Heart In A Cage’, are being released in high definition.

The tracklisting for ‘The Singles – Volume 01’:

Is $130 reasonable for a vinyl box set? How much would you be willing to pay?