The Killers are in the Recording Studio!

If you missed it, about a week ago The Killers put a picture on Instagram that has their fans in speculation-mode. Are they working on new music? Sure as hell looks like it! 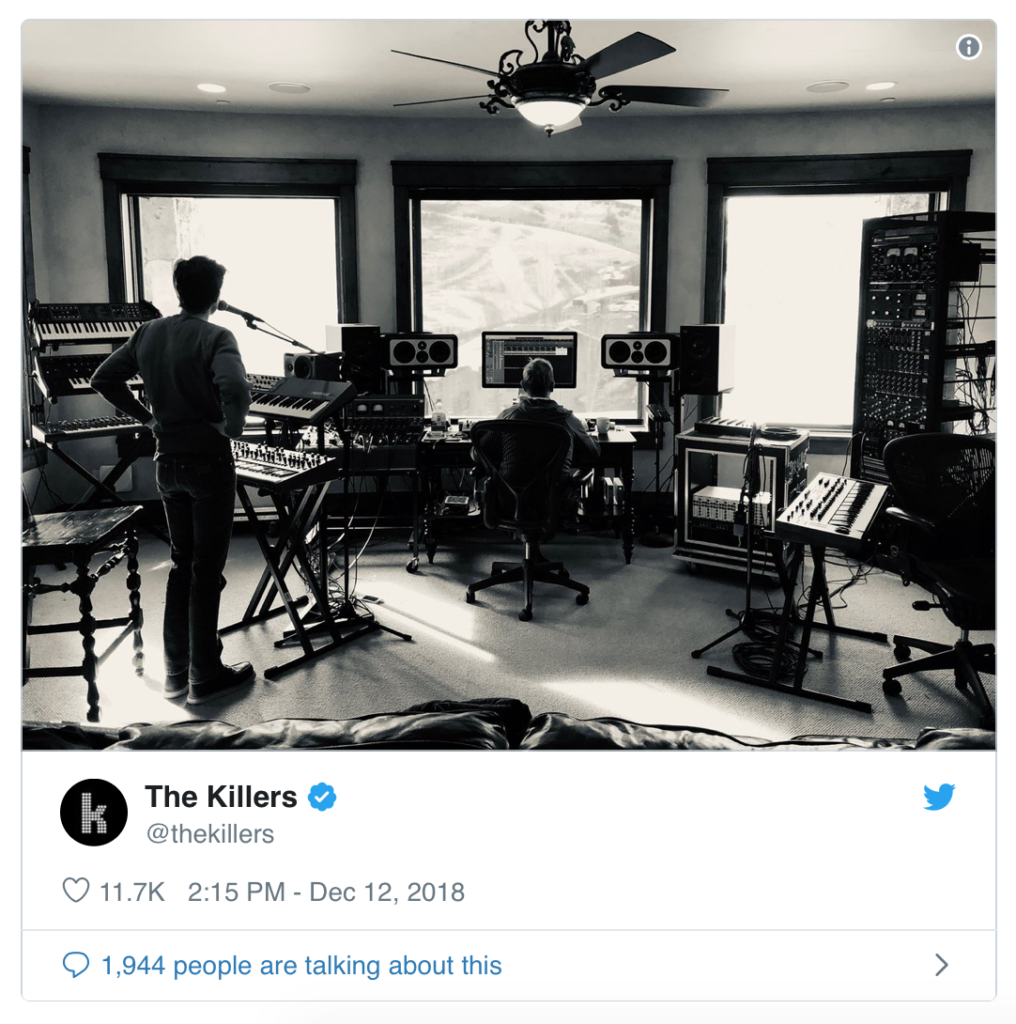 They released an album called “Wonderful Wonderful in 2017 (which was their first album in 5 years). Looks like the creative spark is back! Hopefully they’re working on an album and not just a couple songs.

You’ll remember their drummer Ronnie Vannucci Jr. was interviewed by NME this summer and said he hopes they get a little more experimental this time around, “I’m constantly messing around with things and I see a lot online with people who are working with experimental sounds – with either electronic synthesisers and things like that or even a straight-out jazz record. There’s a lot of great stuff going on underneath our feet and maybe the pop world will finally catch up to it 20 or 30 years later. I’d like to sort of tap into it a little bit.”

Wonder if bassist Mark Stoermer and guitarist Dave Keuning are involved in the new music? Singer Brandon Flowers said, “We haven’t really gotten into that territory yet, I mean me and Ronnie are getting along, and there’s not really a lot of contact with the other two.”

Are you optimistic it’s the full band working in-studio?