The first look at Joaquin Phoenix as The Joker 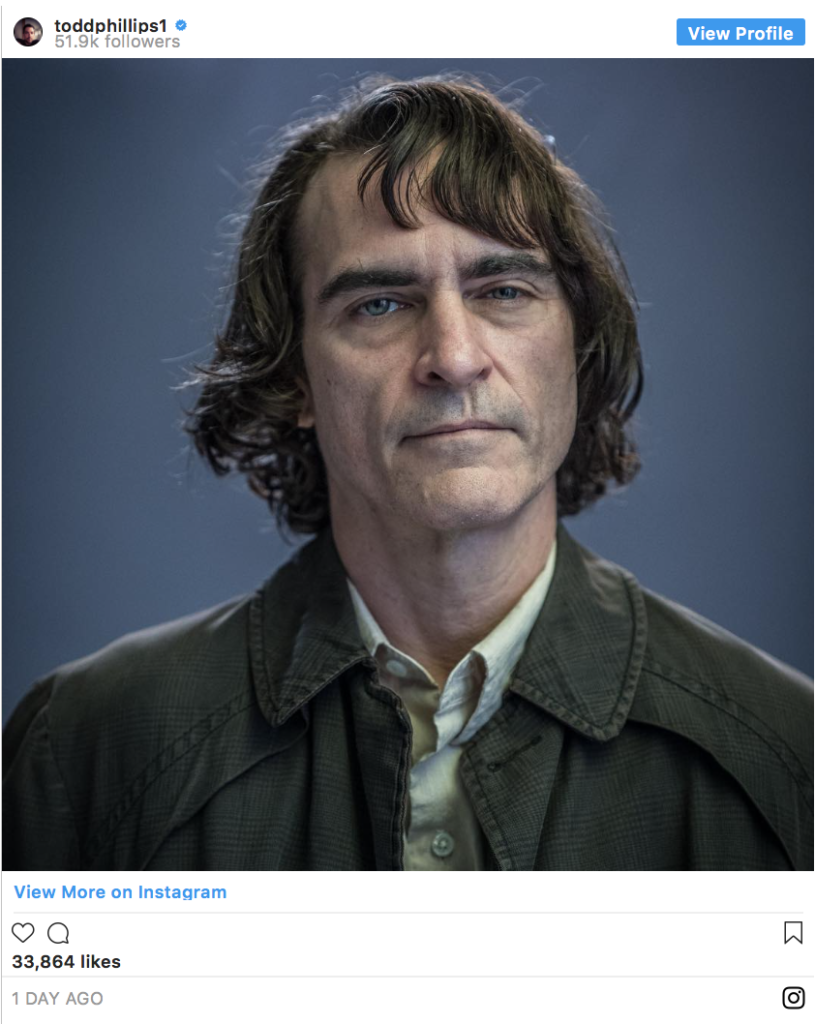 Director Todd Phillips posted the above photo on his Instagram page with the caption simply “Arthur” (does this confirm a rumour that The Joker’s real name is Arthur Fleck?).

The movie is called “Joker” and should hit theatres October 4, 2019.

Did you hear that Robert DeNiro will star as a talk show host who plays a key role in the Joker’s development? Phoenix and DeNiro together. Two heavyweights.

Gotta love what Phoenix said to a critic of his forthcoming portrayal of The Joker, “I don’t really think that much about what people think. Who cares, who cares?”