The North American leg of The Black Crowes’ “Shake Your Money Maker” tour (celebrating their classic 1990 debut album) is a long time in the making. And, we now have concrete tour dates! 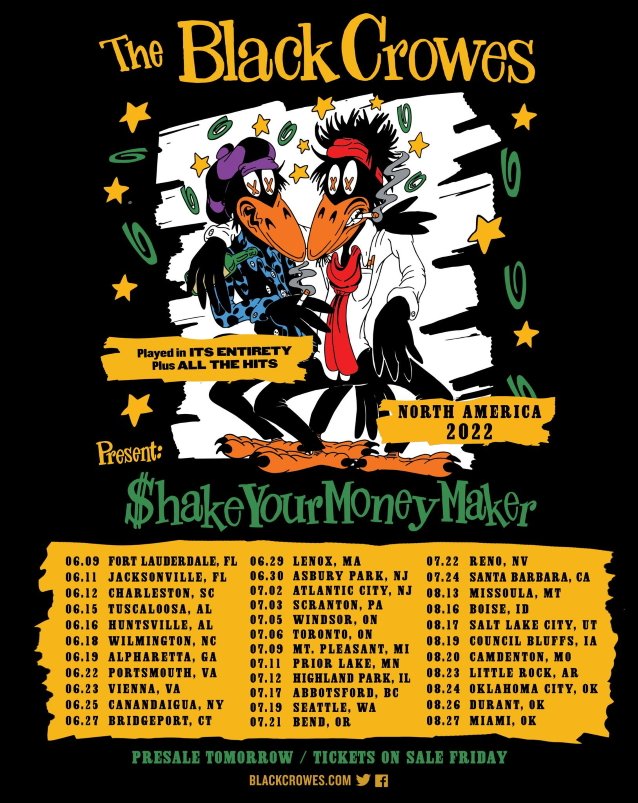 If you’re lucky enough to see the show, the band will perform “Shake Your Money Maker” in its entirety along with their other hits.

Tickets will go on sale on Friday, February 25. 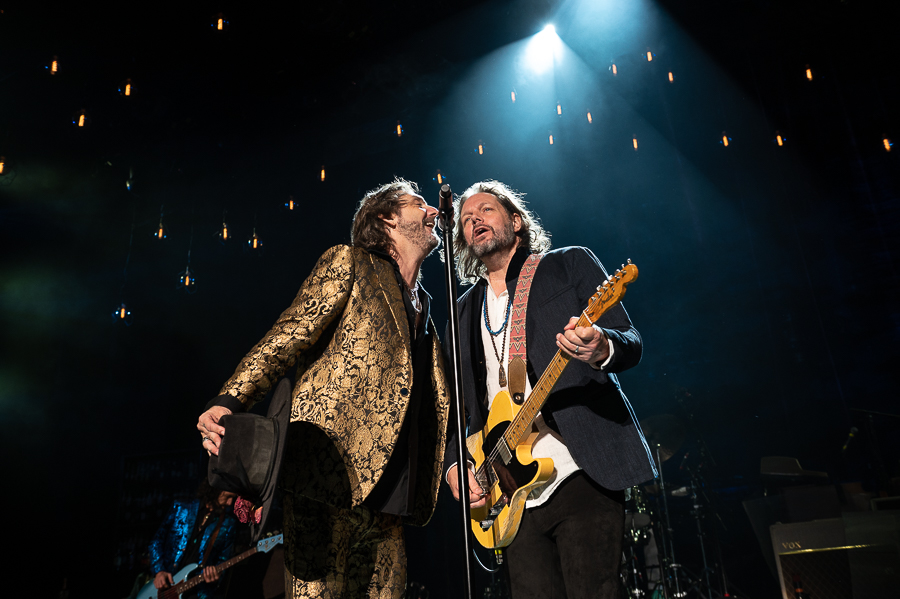 As mentioned, the North American leg of the tour is a long time coming. The 2021 leg of their tour wrapped up last September in Bethel, New York.

Joining brothers Chris and Rich Robinson on this tour are longtime bassist Sven Pipien, who played with the band live from 1997 up until the band’s hiatus in 2015, along with Brian Griffin on drums, Joel Robinow on keyboards and Isaiah Mitchell on guitar, plus backup singers Mackenzie Adams and Leslie Grant.

“Shake Your Money Maker” is arguably the best rock debut of all-time, selling over five million albums and spawning hits “Jealous Again”, “Twice As Hard”, “She Talks To Angels” and the Otis Redding cover “Hard To Handle”.

And yes, there will be a new album coming soon. Singer Chris Robinson was recently a guest of SiriusXM’s “Trunk Nation With Eddie Trunk” and said there are plans to record.

Are The Black Crowes rock’s best ‘brothers’ band? If not, which band is? Oasis? Nickelback? Chevelle? Van Halen?